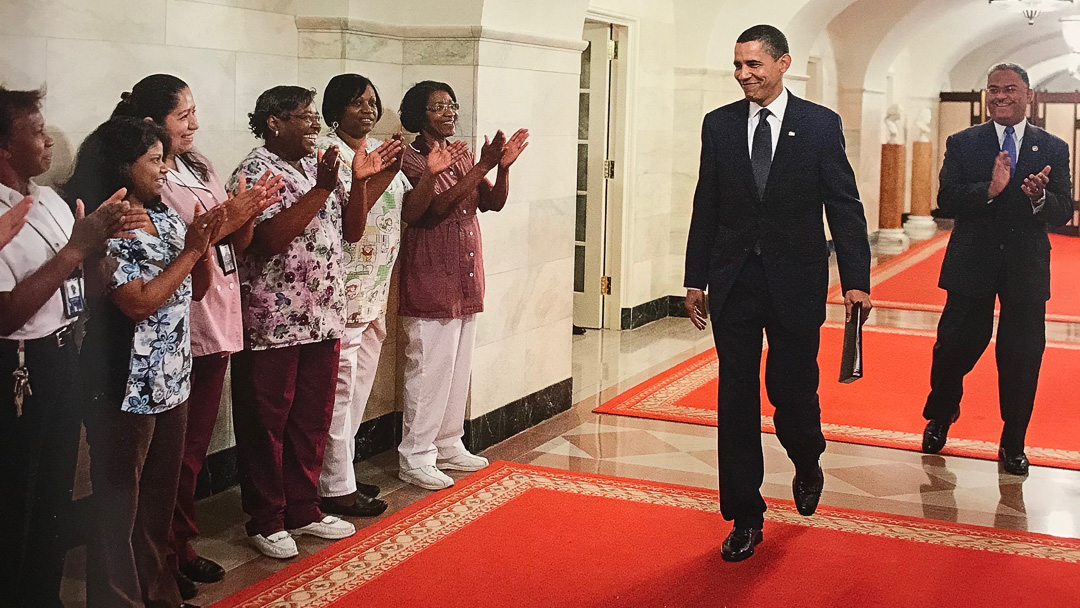 One year ago this minute, a short walk down a gangway led to the flight leaving Los Angeles for Auckland; one month of driving two islands lay ahead before crossing the Tasman to Australia. This night, far more people had been gathered around the airport bar televisions than had rushed the gate at boarding call. Few spoke to one another, “which side are you on?” tensing everything, everywhere. My cousin accompanied me on the drive to the airport, listening to the radio, in tears at the thought of what lay behind door number two, what may come, what may be. Yet the bloviating fruit seemed destined to go back to his gold castle and his high horse at that time of night, as the last call to board sounded; back to demanding birth certificates, grabbing, berating, demeaning, and continued self-aggrandizing bleating.

Thirteen and a half hours in the air later, upon landing in new Zealand it took a few minutes for the phone's location to be found as our sheep herd trudged the bridge towards the terminal. At the end, just as one foot stepped inside, service again, habits opened, news fed, walking slowed, hand to mouth, the other lending to a seat on the floor, knockout via gut, all in one motion, one or two seconds. What. the. fuck. happened? You could see the faces of other travelers turning white as they regained service on their own phones, a wave of stunned surprise moving towards the terminal inside.

Pete Souza’s book, a photographic documentation of Obama's eight-year presidency, came out last night. His interview with Terry Gross on NPR replayed twice on two different stations here, one on the northside of the Cuesta Grade, and the other on the southside of the grade’s public radio station - they change during the drive into San Luis Obispo from the north; one station going up, a different station coming down, two listens. Souza shoots with Fuji now and extolls the cameras, their stealth, their ease, their old-school ergonomics in many of his writings and posts. I listen for this reason, and keep listening as he describes an empathetic, good man who lead the country and arguably the world for the last eight years. A driveway moment while on the freeway; begin listening for one aspect, conclude being enthralled with everything in between.

In 2003, an Aristide-supporting Haitian in Les Cayes told me during a private walk outside our group visit that no one, not even Aristide, can rise to power and remain in power in politics without some behind the scenes deviancy. No one is an angel. No one is perfect. No one, anywhere, should be on a pedestal too high. That’s always true. To read Pete’s book, however, is to view through his lens a man governing a country and world with a great empathy for those less fortunate, a man who fist-bumps the janitors in the White House, a man who is cheered by the colored staff as he walks a hallway upon receiving the Nobel Peace Prize, a man who genuinely prioritized others before own, a man who instilled in his daughters the motto “be kind and be useful”, a man who - whatever your politics - was and is an incredibly cordial, generous, compassionate human particularly towards the middle and lower classes of America and the world.

Now, we have what we have.