Haiti, Norway, and the US 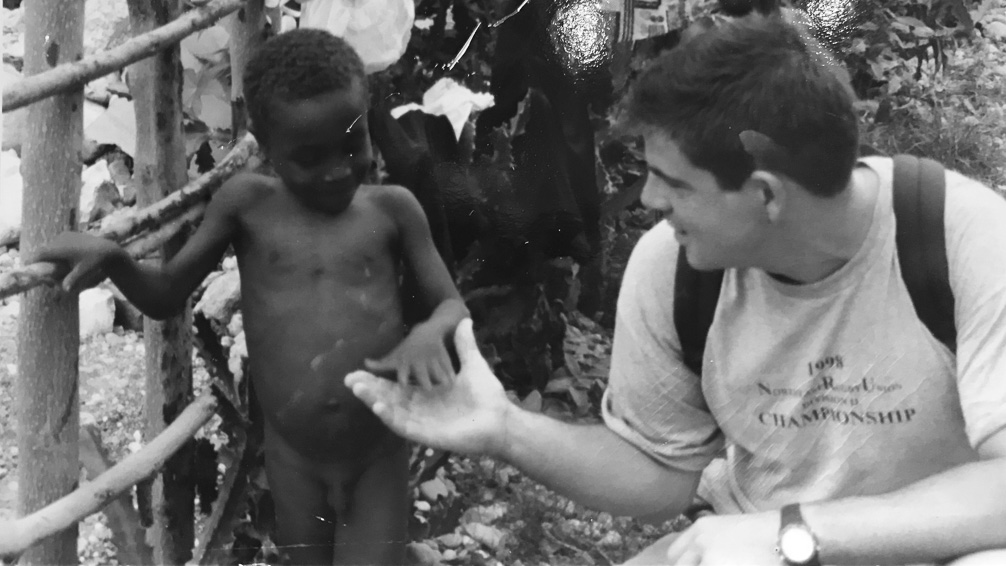 Norway, the US, and Haiti

Norway: socialist; universal healthcare; free tuition for higher education; eleven months paid paternity leave for both parents; five weeks paid vacation not even including regular paid public holidays; a direct wealth tax (small, but still); ranked #1 in income inequality adjusted human health index (Norway - #1, Haiti - #137, US - #19); and is - the only somewhat subjective statement here - considered one of the highest standards of living in the entire world. This is where the nice people come from according to the president.

Conversely, the US has none of these benefits for its nice citizens. Not one. No universal healthcare; tuition is constantly rising with fewer people going to college as a result (a sign also of higher entrepreneurism congruent with high employment - both great - but also a sign of people realizing it’s just not worth being $100,000 in debt at the age of 22); no parental paid-leave laws; no mandatory vacation laws; no direct wealth tax; now an even smaller estate tax; and now even lower corporate taxes. While playing tourist in the US last year, a foreign woman was seated one row ahead on a bus and she asked me about the US, “Why would anyone choose to live in a country that so obviously doesn’t want to take care of its own citizens? It’s disgusting!” It’s a good question.

Haiti’s “shithole” position in the world is almost solely attributed to, and an effect of, US policies dictating its financial status. It has been, essentially, a slave state for the US for a century. In the early 1900’s, US Marines went into Haiti and physically removed the money from the national bank and thereby seized control of Haiti’s entire economic system. It was that simple. They marched into the banks; by hand took the dollars out of the safes; and then proclaimed the banks and the entire financial system to now belong to the US. The US then occupied Haiti militarily until the 1940’s. The US then controlled, directly, Haiti’s finances until the 1950’s; then supported the placing of the consecutive and brutal Duvalier regimes into power; and then “indirectly” controlled Haiti’s economic, military, and political policies until the 1980’s. It’s still thought of today by many as a factory state for the US and other developed countries. Most of our soda is made there. Large quantities of clothing. Expensive perfumes. Soaps, oils, etc. All made in Haiti. I've been to the factories. I've smelled the oils. I've had dinner with the owners of those factories inside their own gated mansions sitting atop the hills outside the city, five german shepherds roaming the perimeter, security prevalent as well as maids and servants.

I’ve driven through City Soleil, one of if not the poorest and most dangerous regions in all of the world. As we came around a turn towards the region, our vehicle was stopped by a roadblock - the residents of City Soleil had lit tractor tires on fire and rolled them into the street as we approached. Rocks were thrown at us from rooftops; the windows were being pried open; our door was being pushed open, braced shut by the driver’s assistant who used his body and pinned himself lengthwise between the door and a seat - for anyone to get to us on the inside, he would’ve been crushed like an accordion. I'd traveled widely already and had hairy experiences, but as I stood up in the back of the van and looked at the only other football-player-sized guy on the bus, Allen, and said to each other “Holy shit are you ready for this?”, I simultaneously thought to myself, “None of our parents are ever going to know how we’ve all died here.” Allen and I both thought we were going to have to physically fight our ways to safety. As people screamed, as windows were being pulled and rocks landed on top of our van, the driver gassed it, pushing people in the street ahead of us out of the way, driving up onto the sidewalk and over the open sewerage and mounds of trash. We had to take a backroad from that point, and what was initially a four-hour drive from Port-au-Prince to Les Cayes turned into a twelve-hour drive. One of the scariest moments of my life actually… That was our second day there. The night before had been filled with gunshots outside the mission where we slept.

It is, though, the US’s macroeconomic policies towards Haiti that have caused these open sewers and facilitated the need for those trash mounds on the sidewalks to be used as fuel for meal-cooking. The people of Haiti didn’t make a conscious decision to live like that. Ask them. I did. We were there studying micro-loan credit systems similar to India’s Grameen Bank for the poor (a Nobel Peace Prize winning bank). A micro-loan in Haiti consists of obtaining a daily two-to-three dollar loan, then using that loan to buy a block of ice, putting that block of ice into a rusty old wheelbarrow, picking pomegranates from trees, squeezing pomegranate juice onto that block of ice, shaving it with a machete, and hoping to sell pomegranate-flavored shaved-ice for only pennies in order to repay the loan the next morning - all this before it melts in hundred degree heat and humidity. This is daily existence. And that’s a person who is working, who is fortunate, as Haiti’s unemployment rate fluctuates between 50% and 70% of the population. The US made Haiti into what it is now.

You don’t get to relieve your bowels onto a country for an entire century and then proclaim, “Look, that countries such a shithole!” We made it that way. And you don’t get to say that the nice people come from a place whose defining economic and social policies would also greatly benefit US citizens when said policies are instead routinely shat upon when applied - in theory but not practice -
towards us. “Norway: nice people, great policies, but oh god no we’d never think of instilling them ourselves.”

We look like the shithole right now. We're not. We're getting there though. The people are mostly good. Those that aren't have been taught to be that way which means one can be taught to not be that way. But we sure look the shithole part right now.