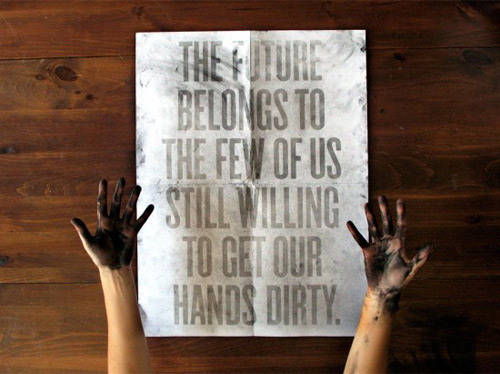 I just walked out to my outdoor shower and there was a massive, beautiful red-tailed hawk sitting on the corner post of my shower, not more than five feet away from me. He (she..I'm not sure...I don't listen to Bird Talk on NPR as much as I should...) didn't even move. He just sat there, looking at me, me looking at him. I wanted to grab my phone and take a picture, but it felt like it was against everything that hawk believed in to do so, so I didn't. I just stood there wrapped in my towel wondering if he was going to swoop down on me or if he was going to go after one of the million rabbits in our field. Not sure what he chose, and I'm guessing the rabbits looked better than me, but he flew off and I swear his wings were five-feet wide. Just amazing.

It instantly made me think... How amazingly ironic is it that today...tomorrow...whatever... is the birthday of the day "America" was discovered. The birthday of the day white-man appeared on the shores of this beautiful landscape. This amazing, once-in-a-lifetime, one-in-a-million, once-never-to-happen-again landscape that offered utter abundance for all who lived here as long as we didn't fuck it up.... And in the midst of celebrating the birth of this discovery of this country, this landscape, the beginning of "western civilization" as we talk about it....we are having a complete and total utter meltdown of the governing bodies of this new land. It's absolutely amazing and astounding. On the day we celebrate the discovery of this land - which obviously we stole from the people who were here before us and just proclaimed it as our own - we are having a total complete failure of the system that was put in place in order to take the place of the previously running system....which we deemed not good enough. It reminds me so much of my friends in New Zealand, who had a perfectly running system, and then the white-man showed up and put in a new system...and now one of the most beautiful agricultural places left on the planet is going through the same bullshit that we are; what we had before worked just fine, but we thought we could make it better; that is not working,but we keep forging ahead, hoping that by moving ahead, moving forward, we'll find an answer...instead of just looking back and saying "oh...wait a minute...we already had that answer a few years ago...we already know that answer....STOP and go back to that and we'll all be okay..."

But no...on the day we celebrate the discovery of the New World by Christopher Columbus, we are also celebrating the fact that the form of government that has taken the place of the government that was here before this day is not working. It's just not. It is 100%, factually, in-our-face, no-joke-it's-not-working-but-we-are-still-paying-them-their-wages not working. It's despicable. It's deplorable.