Lead Carpenters Must Lead. Everyone. 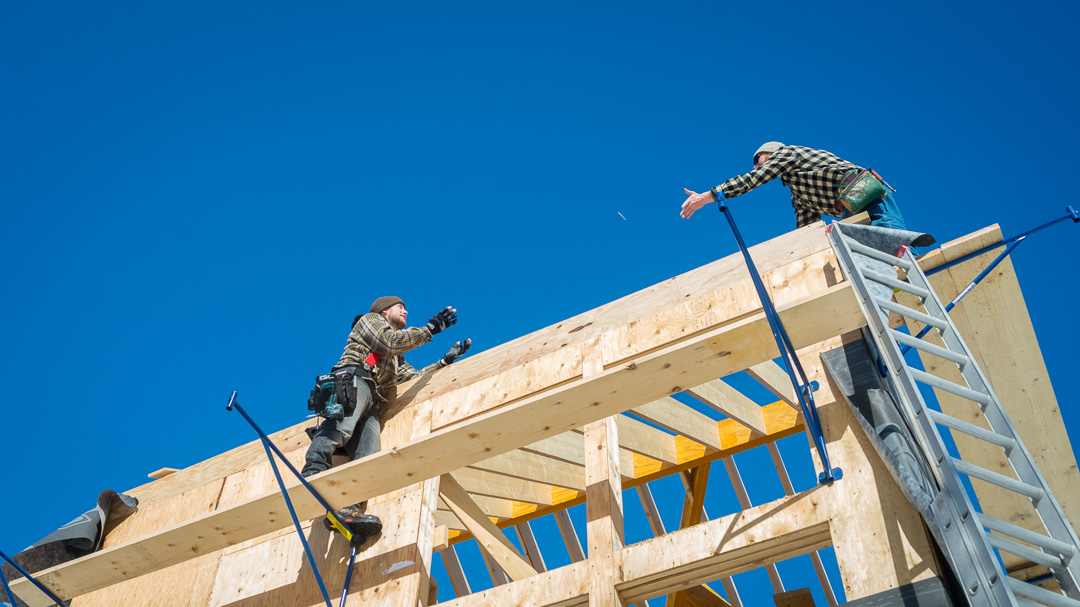 The building world, the core of the people and the values, has changed an unfathomable amount since the end of 2015 when I closed my shop. At that time, my largest concern was finding a project manager. On Cape Cod, that meant finding someone who ideally was not a heavy drinker, not an opioid user, not a petty thief, not a jekyll-and-hyde personality. This is extremely difficult. Possible, yes, but concerningly difficult. I hired two project managers in the last four years of business. Neither worked out. The purpose of hiring or moving people into this position was to give me more room to focus on steering the pirate ship, the macro side of things, while ensuring quality work was being done on existing projects. Every business that is in growth stages will come to this crossroad: the owner, founder, whatever title you have, will have to focus on the steering of the ship more than the banging of the nails. In the two years since leaving that business, I realize now I could have hired a full-time videographer or photographer for Instagram, stayed on sites more myself, utilized a newer medium for creating prospective work in abundance.

Project manager A is someone who approached me initially. He was a competent carpenter, an abhorrent communicator. Initially hired through his father who approached asking if I could bring his son on as a carpenter because he’d just been fired from his fourth builder in a row. It seems he was having communication - gettting-along - problems with many other builders and the carpenters on their crews. My crew was generally - I think - considered one of the friendlier teams. No toleration of assholes, npr hummed quietly, if you were racist or even joked in that manor you wouldn’t fit in, sexism didn’t fly in any manner, if you didn’t respect everyone equally you wouldn’t last long, and if you thought you were above pushing a broom at the end of the day because it was below your self-entitlement…well that was one of my biggest pet peeves, that holier-than-thou mentality, so you’d be gone.

Carpenter A had managed to stay working for me for about a year, and I would chalk this up to the high-tolerance levels of the other team members, both males and females - especially the females. He wasn’t necessarily liked, more often dismissed, taken with a grain of salt. He was a good carpenter in the sense of knowing how to build things or at least being able to youtube how to build things. He could be left alone on job sites, initially. He could be asked questions about carpentry, and have answers - or an answer, yet finding the answer was an elusive task. He knew our tools, and knew when we needed a new one to reach a goal. This all came to change with time and with a sense of power on the job sites. (Sidenote: this is a large difference and indicator to me of how we define “smart” these days. Being able to look things up on the internet is not “smart”, though it often is passed off as such. Knowing how to do something that you’ve seen done online does not equate to smart and should not be passed off as such. Being handed a task never done before and figuring out the most efficient way to complete the task on your own equates to intellect and smarts - not watching a video, repeating what you’ve seen, and then standing back and looking for accolades. They both have their warranted places, I agree, and videos are awesomely helpful at times, but there is a difference and they should be acknowledged.) I would not consider this person smart, but rather competent.

We were very busy doing anywhere between $100k and $250k in revenue per month. That’s a lot to handle for a one person management staff. I was coordinating job sites, subcontractors, materials, contracts, meetings, etc, etc, etc (acting as a therapist, a structural engineer, and architect, a designer, a cabinet maker, an excel spreadsheet amateur, a ditch-digger, an anything-complicated-framer, a mistake fixer, and many more hats). It was obvious to anyone that I was maintaining, but it was close. It was taking everything out of me and left nothing for things outside of focusing on work. So Carpenter A approached me, said he’d like a shot at being a project manager, a jobsite coordinator. I agreed. We talked over responsibilities, duties, how things would change. We had a meeting with the crew, said A would be taking over some of the duties including coordinating material orders, working with subcontractors and their needs on site, and leading the actual building of things on sites, day to day.

It was three days before the first subcontractor called me. A longtime sub, an amazing artist of a landscaper who’d done work on our project for five years, called not to complain about anything on the site, but to let me know that my lead carpenter, my new site supervisor, person A, was bad mouthing me to clients and the subs on the jobsite, unaware that the subs had worked for me for a long time and were largely also friends at this stage, and that the clients had been working with me for well over a year, daily, at that point. However, I needed a lead carpenter, a super…and badly. So I said nothing, let it slide off my back, and focused. I don’t care what people say about me when they’re working for or with me - proof is always in the pudding, not in rumors, and the pudding is there for all to see. Not a perfect pudding making process, no, but show me one that is.

Fool me once, shame on you; fool me twice… The second hire was even worse.