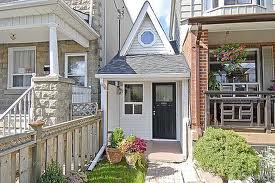 There's a point to all of this at the end, trust me.

In the past two years, lots of people who have seen our work and know our quality have asked me/us "How big do you want to be?". It's happened more than a few times. I think we do nice work (actually, excellent work), provide a good value, we're very creative, and take a lot of pride in our work (I know I certainly do...even in the littlest mitre cuts or chisel marks). I think people know how much we really truly care about the finished product in which they will spend most of their quality time on this planet, and people know how vested we are in their happiness being a result of our work. We care a lot (maybe too much), about the design and layout, the land on which whatever it is we're building will be sited, about the wood we're cutting, the floor we're laying down, the windows we install, and most importantly how it's all affecting everything and everyone around them as a result of what we and they - the clients - are undertaking. We care more about all of this, and foremost about all of this, before we care about how much money we might (or might not, because that's certainly happened too) make. In our world, that comes around the same as everything else, and if you can buy a $2 cup of coffee at your local spot, be it here or there, you're already doing better than 90% of the world's habitants before 8:00 in the morning. I think people know this, and I think they get it.

This would seem like a pretty good formula or model for taking something "to the next level", i.e. making a business bigger, doing more, building more, making more money (or some money, at least). And maybe because of that, I keep getting asked this same question "How big do you want to be?" I think it's funny, because I can assure that if anyone who asked this question knew me at all they wouldn't be asking in the first place, but still...suppliers ask me, associates ask me, acquaintances ask me, neighbors ask me, even my stepdad asked me already knowing that he'd get laughed at. But he's cool, so it's okay.

It's a stupid question. We don't want to be big. We want to be the best. Plain and simple. And you can't be the best if you're big and just running around willy-nilly. Our symbol & logo is a fern sprouting from the ground, and one of the reasons that was chosen is because Goose said to me one day, "Mate, the tallest fern always gets blown down first" and I've always remembered that saying. It's a simple statement but a powerful one. Stay small, be humble, be good, think long-term. Don't just shoot to the top...you'll get blown down first. (There's something in here too along the lines of "...it's not the destination it's the journey"....or something like that. Fill in as you see fit...). Do small things, do them really well, do them so that people love them. I just spent two weeks working with an awesome crew in Vermont while being mentored by Bill Bialosky along with Steve Badanes and Jim Adamson of the Jersey Devil design/build crew. These guys have built some absolutely freaking amazing buildings all around the world, yet when asked what one was their favorite, Steve doesn't even hesitate to say The Freemont Troll, and when we all asked why he simply said "...because it makes the most people happy out of everything we've ever built." It's probably the smaller of all things done by these guys, and it's under a bridge in Seattle and not in Dwell magazine or Fine Homebuilding, and they weren't paid a red-cent for any of the work....but it makes the most people happy. Small, humble, simple, and it took a a dingy place and made it cool and fun for a lot of people. It's a troll...no need for big, just a need for happy.

Anyway, I think it's funny when people ask "how big do you want to be?". When it comes down to it, we all put our pants on the same way every morning (usually - admittedly some mornings can be rougher than others), we all drive some mode of transportation that gets from point-A to point-B (hopefully - again some can be rougher than others), and at the end of the day we're all going to the same place anyway regardless of how big you are, how many zeros are in a bank, how fancy a particular dinner was (chances are that filet is killing you anyways...), how cool a new wetsuit is (mine's awesome...), or how BIG something or someone is. Size does matter. A lot.

So... Big. No need for BIG. Don't want to be BIG. So we're staying small. Always. Way back, after four years of studying economics and finance and business and buying into all that BS (yes, I'm in it), the one thing that stuck in my mind after graduation wasn't a thought of running out and getting a job making lots of money; it was the thought that somebody, somewhere, at some point down the line, maybe way back in the beginning of the process, was getting screwed...and that didn't sit well. (In the end, that may have been me when I continued on to graduate school, the ultimate screwed....their "about" section should say "about...100 years till you pay for it").

And the point of this is - from the beginning of the rant - that yes, this has everything to do with our endless ongoings with Verizon, that bastion of largeness, that patron saint of mobile interlocution...that...whatever. Try getting them to fix something for you. Good luck. They're the epitomy of big and what inspired this little rave and rant from the moment I woke up until now, as I've been on the phone with them the entire time while writing this, again, on hold for 2 hours and 50 mins now, being bounced back and forth between departments who all have no responsibility for the issue at hand. They're massive. They're not responsible for anything. They SUCK at the creativity part. And they are nowhere near cool. In fact, they're a care-factor-zero in the cool department.