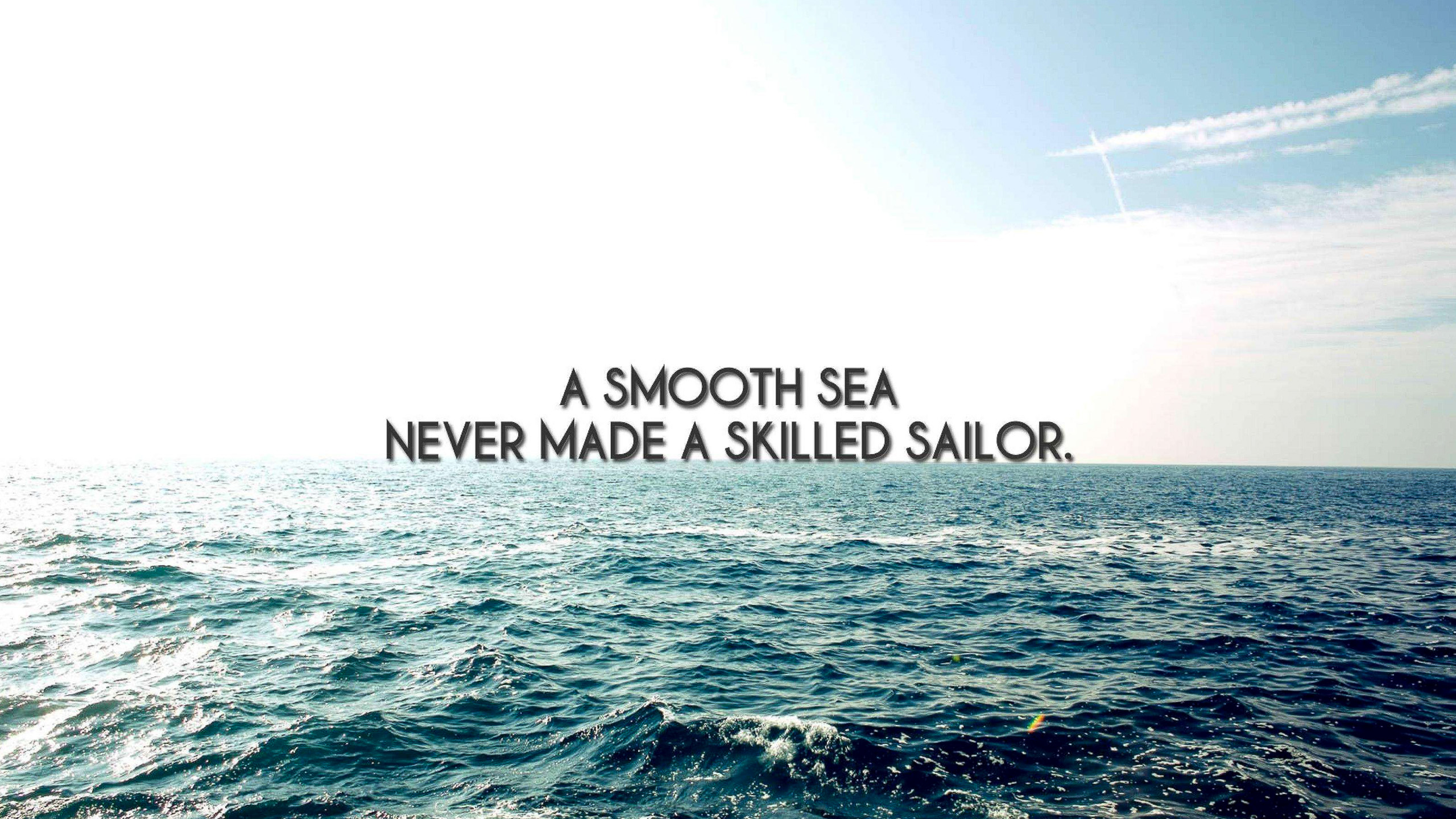 In building things, particularly in remodeling where the final picture may be on paper but the path contains an endless amount of surprises, you’re dilligently focused on not making mistakes - that’s one of the principal, guiding focuses when building something: Don't. Fuck. It. Up.

You (builder, designer, engineer, carpenter, manager, etc) are (hopefully) thinking a minimum ten steps ahead while calculating not only instant results visible at the day's end, but also the life-cycle-cost results not visible for years, if ever.

A conscious - and conscientious - builder is hopefully thinking fifty years ahead while simultaneously making sure no one steps on a nail today. When engrossed in the carnival of daily life, as boards are flying and phones are ringing and trucks won't start and your delivery is late because of summer traffic, you often don’t have time to look at something and say “You know…that was a mistake”, and you surely don't have time to reflect on the matter. You’re busy putting out the fires. You are largely worried about pulling the nail out of your foot right now and not even thinking about how that nail ended up in that exact spot and how to build a system wherein that nail can be avoided every day, on every different jobsite, for years to come. It's a mistake, that nail shouldn't have been there, and now there is a consequence.

I made two mistakes in business that caused me more headaches than I ever imagined having in life. Granted, I made a million mistakes that were easily fixable - everyone does that, every day, every minute, no such thing as a mistake if it can be fixed, and 99% of them can be fixed immediately; that's what we do, we fix mistakes. However, there are two mistakes that stuck with me for a while where results couldn't be fixed at the time, and these affected my life as well as the company's overall being. I say overall, because fortunately we were net-positive out the door from day one (day 30, really, after the first billing), and our finances were always in good steed; we took a hit, but relatively speaking it was small, and those things happen from time-to-time. That's why we save and prepare for those sorts of things, those proverbial rainy days (or months, or even years). But, just as equally important, there is also a moral well being that matters greatly to a successful company and those were the hits that hurt me the most. Maybe someone can learn from this. Here’s a story on the first, and possibly the larger of the two, mistakes.

Mistake One: I didn’t trust my gut when it came to clients, and that came back to haunt me in grandiose ways.

On just two occasions, and only these two ocassions, did I have a first meeting with clients and walk away thinking “I don’t think this is a good idea…”. Both of those times I told my inner-voice (the conscious, i.e. the underlying, good-intending, true-to-self-belief moderating system inside our brains and stomachs) to ignore that thought, that these people had sought me out, that even though there was this bad feeling in my gut, this bad initial instinct that was lightly tapping at my being, we could overcome that bad feeling and make great things happen. The project was cool. The location was cool. The meaning behind it was cool. The people? I wasn’t sure about the people…but I thought I could help them.

My gut said one thing; my brain said something else. I listened to one of those two more than the other. Both were right. One was more-right. And both of these times the relationship with the clients ended with lawyers involved.

I begin every first meeting with prospective clients by presenting what is called in business The Project Management Triangle. Cost, Schedule, Quality are the three constraints and conversely drives of a project. You can choose one of these as the most important constraint or drive and one as the least important, and you can even slightly veer towards having two of them being important although the one left behind will be far left behind in that instance - but you cannot choose all three. If cost is your most important constraint, you (the client or clients) do not then get to put constraints on the schedule and the quality. If quality is your leading concern, i.e. you want the best quality, you do not then get to put constraints on cost and schedule; Great quality takes time, which in turn takes money. This is all of course relative, and nothing is unrelated. Choosing quality does not completely throw cost out the window, and choosing cost does not make quality dead in the water; even Frank Lloyd Wright built beautiful affordable homes. This introduction of the triangle is the focus of the first meeting after the initial hello’s and how are you’s and whatnot’s, and prior to even any schematic design discussions.

On one of these ocassions, during the first meeting, two clients were shown the triangle. It’s important to have both partners present - be they husband and wife, wife and wife, husband and husband, or just friends, it doesn’t matter and I’ll just address them all as partners here on out - for two reasons: Yes, it gives you the guiding lanes for the project, of course. Will it be quality driven? Are they on a very tight timeframe and need more manpower and a faster turnaround so a schedule driven project is warranted? Is the budget extremely tight and hence the design needs to be centered around that? Is cost their driving concern, but they have a very lenient timeframe? All of these are questions that get answered right here. But - and equally as crucial as learning their drive factors - this process also helps them understand if they are on the same page with each other. Often they are not, and this gets pointed out in plain English through this exercise. It’s far better to do this now than after one of them has changed to wanting marble countertops without the other’s consent at the end of a cost-constrained project. Best to put those cards on the table immediately. You - the builder/designer/manager - are at this moment now also psychologist, marriage counselor, and mediator to the relationship of two people you’ve likely never met before. Good luck. You’ll also get to play engineer, architect, interior designer, very likely a doctor at some stage, therapist, salesman, economist, educator, and possibly even divorce lawyer by the end of the project. (For clients, this is why you want an intelligent builder, and street-smarts count for a lot here.)

In this particular meeting, with the triangle on the table in front of all of us who would be involved in the project, the partners were each asked to choose which of the constraints were most important to them, and conversely which were the least important. Without hesitation, immediately and emphatically, one partner chose cost as the most important factor and quality as the least important. This doesn’t necessarily mean that the physical quality is going to lack. Rather, to my eyes anyway and I think rightly so, this means the design should be tweaked for a slimmer budget and then adhered to strictly. The second partner, without hesitation, chose all three as the most important. This was after being explained the process beforehand, that all three cannot be chosen, that one must be the most important, and one the least important. I asked for the choice to be made again. Without budging, it was again repeated that all three were the choice, and this partner was unwavering in wanting all three despite being explained the process again, a third time now. "Why can't I have all three? I want all three."

This was the moment my gut kicked in and told my brain “Get out of here, dummy, no one can save them”, but my stubbornness took over and my brain said “Nah, you listen here, gut: We can do this, we’ll help them.” (You should listen to your gut…)

After a discussion amongst the partners where I sat awkwardly listening to them argue, it was finally agreed upon very reluctantly that cost would indeed be the leading factor and quality would be the least important. And I’d love to make an aside here and a joke that one of the partners then quipped “But all three are really the most important” because that would seem like a funny joke to make, but it wasn’t a joke and was repeated verbatim - again - upon them agreeing that cost would run the project. I wasn’t confident of this being adhered to, not at all. My gut told me one was going to get what they wanted and the other would be upset. My brain said “Nah, we can do this, we can help them. If anyone can, you can.” At this point, my gut wasn’t smart enough to also tell my brain, “Stop repeating yourself. You are going to get the short end of the stick here, buddy.”

A few months into the project, after attempting to enforce the constraints they’d chosen in that meeting, I was met with messages from one of the partners to specifically, “Stop worrying about the budget. We want what we want.”, followed up with the most baffling one ever of “Let’s spend money!” So, we agreed to move forward in their new fashion. In the end, we agreed to a payment plan with new contracts ensuring they received all they were asking for and we received compensation, i.e. payment, for our work on the project.

The money was spent. The project was completed and on schedule even considering the inevitable unforeseen setbacks along the way that were no fault of either party but just a 150-year-old building. The clients were also over the initial budget as they had been warned about repeatedly despite telling me to stop worrying about the costs so much. In the end, when final payment was due according to the contracts, we were never paid for this project. It ended up in litigation, and I threw my hands up and walked away with almost all of the money still on the table. I should have fought, it would seem to have been worth it, but at the time no amount of money was worth that fight. Sometimes you just have to give up, and at the time I didn’t have the fight left in me. They got exactly what they wanted, they still have what they wanted and asked for, and they didn’t even have to pay for it. I don't even blame them because what's the lesson there? I blame myself for not listening to...myself.

The lesson: Always trust your gut. The project may be cool. It may be in a great spot. There may be a great theme to it all. And maybe it’s for nice people. But that does not mean they are good people…and if your gut says “walk away”, listen to that gut and walk away. Your brain will be analytical and say “Overhead; Payroll; Employees; Payments; Cash Flow; Referrals; Exposure; Have To Keep Busy”. But, another project will come along, trust me. There was never a time we weren’t without work, ever, and that includes the recession when we were actually busier than I’d ever been. If you’re good and honest, another project will come along, and your gut will feel right this time. Don’t be afraid to walk away.

Mistake Two, which centers on my hiring process and the actual hiring, another time.