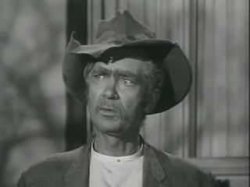 Well, it's come to a headway:

We had a major 8-month-long project postpone construction to next fall at literally the eleventh hour recently. Permits pulled, drawings complete, contracts signed, schedule set, ready to go. It's left us in a bit of a little predicament, as it was going to be an incredibly challenging and complicated job for some complicated clients, so we were concentrating on this one project. It wasn't going to be easy to selectively demo a home built in 1740 and then add over 2500 SF of additions to it while the family decided to stay inside the home. But...it was going to be an amazing outcome, and I'm not too concerned with what happens in between Point A and Point B as long as the end result is amazing. We've had complicated jobs where we've gone through unusual routes to make them happen and get the work done while maintaining the level of quality and craftsmanship we desire, which is to be the best. Examples: Just purchase a 5000 SF waterfront home in January and need the entire place remodeled in 5-6 months before summer? No problem. Done; Funding run out for an awesome project halfway through but it's so awesome that we just have to keep going? No sweat, we'll cover it for now and we know you're good for it. Done; Purchase a home sight-unseen and need to remodel both bathrooms without having ever even met the contractor and ALL communication is via email and pictures and then we absolutely nail it for you upon first arrival three months later? Easy. Done; Need to complete a 2000 SF remodel of your entire home in 6 months while the whole family lives uninterrupted in the finished basement below, including moving the electric lines, water lines, natural gas lines, septic system, the septic pump system and pump chambers because the home is on a hill and pumping upwards, and adding 2 bathrooms and a new kitchen in that space? No problem - I'll actually climb down into the septic tank at night myself to ensure that the pump chamber we had to disconnect each morning in order to dig and pour the new foundation space is rewired properly and working each night for you. No problem. Done and done. I love that shit. No pun intended. I love the challenging jobs. I mean sure, it would be sweet to have one that was straightforward and simple, no crazy deadline, no budget - but it would be vanilla, easy-street, uncharacteristic of us, and b-o-r-i-n-g.

But now....now we're coming to a headway. Because of this major job postponing, we're scrapping for a bit of work, and we haven't had to think about scrapping since...ever, really. Even when things we're dead dead dead around here, we had some awesome work going on. My buddy Brad Joyce, who owns Kiwi Chimney Services in Worcester, says that's just because we're good guys doing good work; honest guys, honest work. We don't rip people off - ever - because we just couldn't. It's ingrained in us. We do the right thing, always, and if anything we leave jobs knowing they got more out of us than what they paid for, and I actually like that. There are givers and takers in the world - be a giver. I've said it before, but I had someone chastise me way back when, saying "Horgy, the only fucking way you know how to do things is the right fucking way!" and unfortunately, he wasn't complementing me at the time. He was looking to cut some corners that no one would notice for ten years, and I was looking to do it right. But that's how they were, their everyday motto being "hit-and-run" - get in, get out, don't be heard from again. And that's not us. We're involved and vested - heavily - and we care - deeply - about what we're doing, for everyone and everything involved. Every decision made affects someone else down the line. Because of that we've been able to sort of pick-and-choose who we've worked for and with. It has to be a good fit, for both parties. We go to initial meetings knowing that we are being vetted by a potential client; but we too are vetting them. (The clients we worked for without ever having met until the end? They worked for - and loved working for - Stonyfield Yogurt in New Hampshire, and Gary Hirshberg's book on that company has been a major influence on how we do things - look at our "inspiration" page on the site - and that was all I needed to know about them.) Are the clients emotionally vested in the project? Do they care about their neighbors and are they aware of how the potential work will affect them, both positively and negatively? Do they care about who is going to be doing the work, that we will be inside their homes and their lives everyday from now until the end of the work, and then for longer after that too? Or are they just looking to get our carefully thought-out input on the design and the build and then shop that out to lower prices? I've spent a lot of time and money learning everything there is to learn about a home - almost $10,000 a year on education and workshops alone, which is a lot. A builder I once worked with, a very smart builder, said to me "We get paid for what we know, not what we do." I've been in Historic meetings and sat behind an architect who was presenting a project to the board - a project which I had also drawn for the clients in an earlier stage before being removed from the process for being too young and they didn't think we could do it (which used to happen to us all the time, actually) - and I've seen the window changes that had been made to his plans as a result of my drawings and my discussions with the clients, and I just laughed inside even though I was actually pretty crushed. It happens. It happens a lot. And some people will say, well, that's business, it's cut-throat. And I say, well, that's just being an a**hole.

Do what's right. It's good for everyone. Maybe we're different, I don't know.

Back to the headway we're at: good little job; it will last a good few months; lots of hardwood involved which we love; lots of sunlight being brought in to an old dreary place from the 70's. But....

They want to purchase all new heating and cooling equipment....and then run it all on....oil. Black gold. Texas tea.

To be fair, like every home built in the 70's and 80's around here, the home is currently on oil. But there is an opportunity here with half of the home gutted and a new kitchen and new bathrooms being built to make this conversion to gas. Gas is on the street already. It just makes sense.

It may be nuts, but I think we're going to walk away from a great job because of this. Is that nuts?? It's against everything I've ever wanted to do, have done, or will do. I'm literally at the desk morning and night these days studying Zero-Net-Energy Homes and getting my certificate from Marc Rosenbaum and the Northeast Sustainable Energy Energy Association (NESEA for the acronym lovers) in building homes that not only don't need to run on solar panels, but can run on practically nothing at all and still be incredibly comfortable and amazing.

And now we're going to convert to oil?