Porter & Mags; D-port on the rise! 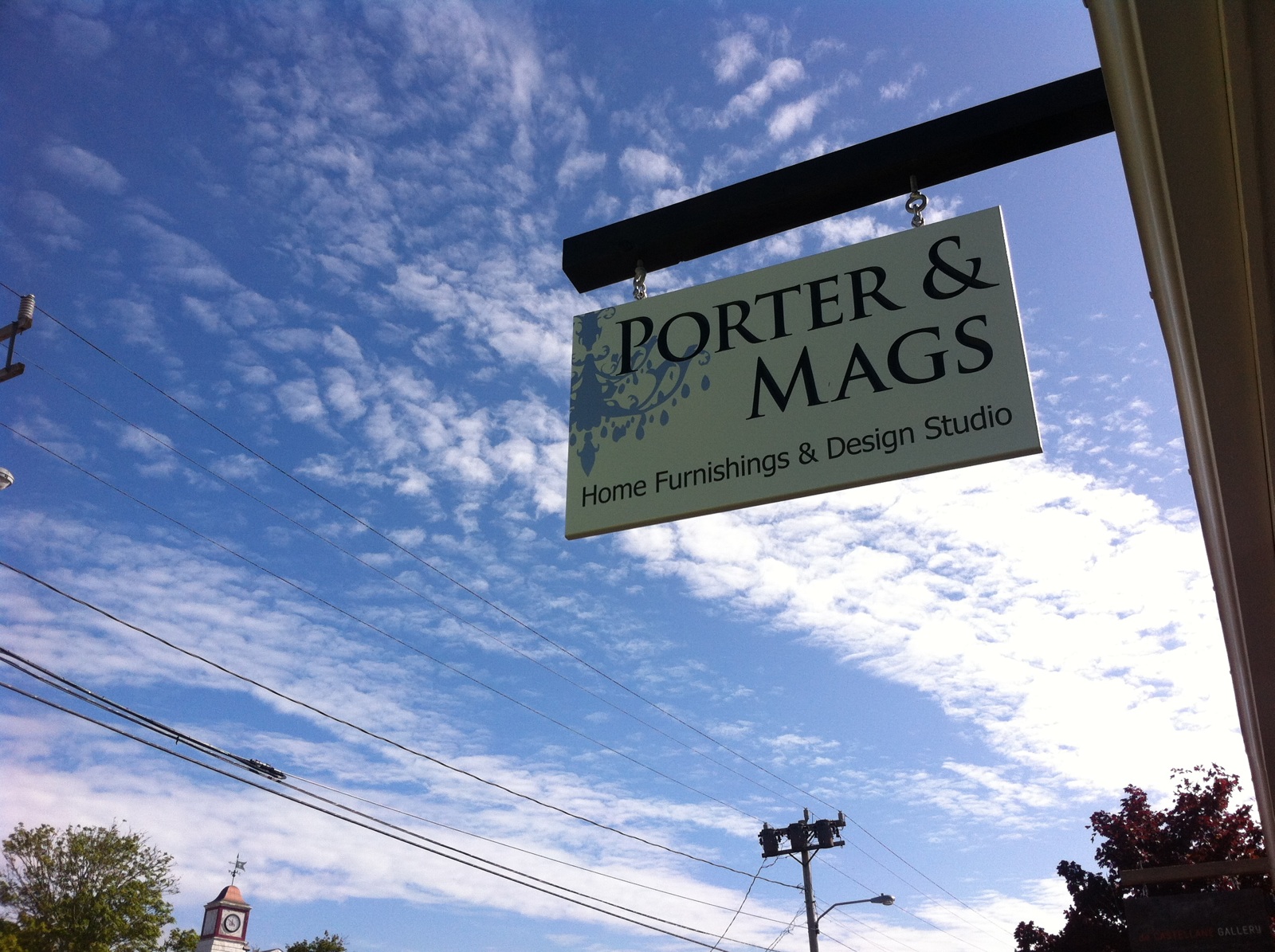 Karma. Serendipity. Whatever - but we're working for some incredible people right now.

Two months ago, as we were working away in the new Power Yoga of Dennisport for Jill and Leigh, and as we were helping to turn a little section of Dennisport around and do our small part in the Dennisport revitalization, a woman came by the studio and asked if I'd take a look at a space a few doors down with her. She had a plan to move in, renovate this little 1100 SF room, and turn it into something magical; she is an interior designer, after all, and the interior designers we know and love already down here are preeeeetttyyy good at taking a dump of a place and making it something beautiful. This idea had only popped into her head during the last week of April - as in, April 2013 - as in, only about eight or nine weeks ago.

Two weeks later, Carole and I first met at the space on Sunday, May 12th for about four hours and discussed all of her ideas and somewhat laid out a potential plan to make it happen. The kicker and the biggest piece of the puzzle: Could we get her open by July 4th, 7 weeks later? Right away, with what we had talked about, I said no way, not possible. But really all we needed was a new plan; mix it up; tweak a few things; change materials; change the scope. We needed what she actually needed, and nothing more, nothing less. So we took some time in the early stages, changed up the game plan, and came up with something we thought we could pull off, came up with something we thought we could pull off beautifully, signed the contracts, and the next day - June 3rd, only four weeks ago - we began the demo phase of a pretty nasty little space.

A month later, July 3rd (which is normally not a real busy time at all down here....particularly not in Dennisport with all the brick sidewalks and the Natural Market, and Hans deCastellane's art gallery, and the photography studio, and Buckie's Biscotti....not a real busy place at all....) Carole and her interior design and home furnishings business - Porter & Mags - is up and running. We did it. It took working well into the nights almost every night and working every Saturday and Sunday this month; it took a team of painters and audio/visual techs that consisted almost fully of Carole and her three daughters and their boyfriends; and it took a lot of help from our new employee Emily Morse (who kicks ass and whom you'll learn more about later) and especially our electrician John Raimo who killed himself to make room in his insanely busy pre-summer schedule and help make the lighting scheme happen and happen well.

Dennisport is on the rise. It's awesome. Carole has had a very successful interior design business out in the Berkshires for 25 years already. With her youngest heading off to school, she's making a huge move herself and relocating her life and her business to Dennisport. That says a lot. It really is the coolest thing ever to be part of this rebuilding of D-port. I love communities, and I love the fact that the things we're making with our hands and hearts are helping to make a difference towards lots of people and not just one singular homeowner. We love building homes - that's our craftwork, that's our heart and soul - but helping get these two businesses up and running and in turn helping them make this little stretch of street into a great little downtown area? It's just awesome. Good luck to Carole and her family and her business. She unloaded all the furniture last night, and we were all blown away by what she has in this store. Stop by, go get some juice at the Natural Market, cross the street, poke your head in, check it all out. It was a ton of fun to help create.