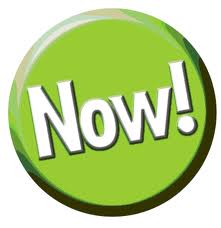 Where to begin… Blackberry’s, iPhone’s, texting, instant emails, even Facebook messages; phones in our hands, in our tool belts, and pinched in between our ear and shoulder as we hang onto a sheet of plywood while working 2-stories up and sheathing an addition to a 200-year-old home on shaky scaffolding – a home which was built before electricity was a glint in an eye; “be here now” - and not in the Buddha’s intended sense. Or Mason Jennings' sense either.
One of our strengths in what we do is our service; we answer the phone, we answer the email, we answer the text from across the world, and we rarely ever miss that phone call the first time. We (a hypothetical “we” - as in everyone and all of us) take a picture and send it to someone in South Africa for approval on a decision, and that approval comes back (or not) in less than a minute. One minute – from across the world. We do not not answer the phone because we’re too busy at the moment or that it’s just not a call we’re ready for at that second. One of my best friends and one of the best guys I’ve ever worked with said me to once, “There are calls you want to make, and calls you don’t; calls you want to take, and calls you don’t. But no matter what, you pick up the phone and take care of the client. No matter what.” And we kind of live by that thought… it’s not that hard, after all. And it’s probably what’s missing most from good, quality service, particularly on the Cape but also worldwide.
We are hired by someone - or someones - to take care of what is likely the largest investment they will ever make in their life. We take a lot of pride in that, and we respect immensely that they’ve asked us to take care of it for them or to make it their own. They could have asked anyone, but for one reason or another, they’ve asked us. That means more to me personally than anything ever could.
An impending aspect of this means being involved on what will likely be a rather intimate basis, i.e. talking each and every day, possibly each and every hour. That’s part of the job that I actually relish, and I wouldn’t want to be working for people who didn’t work that way. I love working for people who care about their homes as much as we do. I realize it’s often a financial aspect they’re caring about as well – more so than how cool the old fir 2x4s inside their home are - but hopefully they’re caring about their home as an aspect and as a being, as well, and as much as we do. But again, that’s usually why we’ve been hired, to do just that.
But as we were hanging off of the shaky scaffolding, nail gun in one hand, hammer propped up under a piece of ¾” plywood trying to wrangle it beneath a piece of roof trim, wind howling, thunderstorm booming above us, big black clouds looming, thousands of dollars of tools soaking in the rain, client watching intently from below as we nail a piece of wood….and then: phone ringing, email buzzing, and text beeping all at the same time. Wait…what?? I’m trying to attach sheathing!!
So I started thinking…we’re so used now to having things at a finger’s touch, to being able to find an answer to basically anything in the world at the typing of six letters (g-o-o-g-l-e = a-n-s-w-e-r), to being able even to diagnose our own medical issues at just a moments thought, to basically (1) want something (2) order it (3) have it instantly (or at least the next morning)… Has that now translated into the actual doing of physical things; has the notion that a “thing” that can be had at a moment’s notice transferred into the idea that an “action” can be done at a moment’s notice now too? And have we become totally impatient and disgusted with the idea that something cannot be done at a moment’s notice?? Sometimes, now, it seems as though if something can’t be done with the snap or touch of a finger it’s not even worth the thought of doing it!

But no matter how quickly questions can be answered; no matter how quickly items can be thought of, ordered and arrived at a door; no matter how quickly the phone is answered; no matter how quickly the email or text is answered; no matter how quickly the random thought that has popped into a head can be eased… a window cannot be installed that quickly; a kitchen cannot be built that quickly; a home cannot be painted that quickly. You cannot google your home or renovation to be built, plastered, painted, finished, landscaped, and inspected. These things involve real lives, real hands, real physical muscles working, real knees bending, real backs breaking, real people taking care of a real living product while simultaneously taking care of a real child or a real life while staining and finishing a floor (or wall, etc) all at the same time.
Grass does not grow just because the seed is on the ground; a plant does not bloom just because it’s suddenly surrounded by dirt; walls are not painted just because one gallon of the chosen color has arrived; a roof is not constructed just by having the shingles ordered and on site. a window does not just arrive in the wall (although, of course, it now can in a prefab); a home does not just arrive by moving a bus five days later…at least not in real life. It takes time, and you should want it to take some time. Not too long…but not too short either.

Think about it: a good carpenter will take his or her time prepping, thinking, anticipating, visualizing, making, and installing. A good carpenter can do all this fairly quickly, but not instantly, and probably not within the minute, possibly not even within the day. But as a homeowner, you should want him or her to go through this process, then step back and look at their finished product, run a hand along it, and think to themselves, “Yeah….now that came out sweet. That is going to last forever..."

When was the last time you g-o-o-g-l-e ‘d something, stepped back, ran your hand along your iphone’s search-bar results, took a breath and then thought to yourself, “Yeah….now that is a sweet piece of search result-ness”? And it certainly didn't last longer than a minute....