Why We Build Cold-Roof Systems 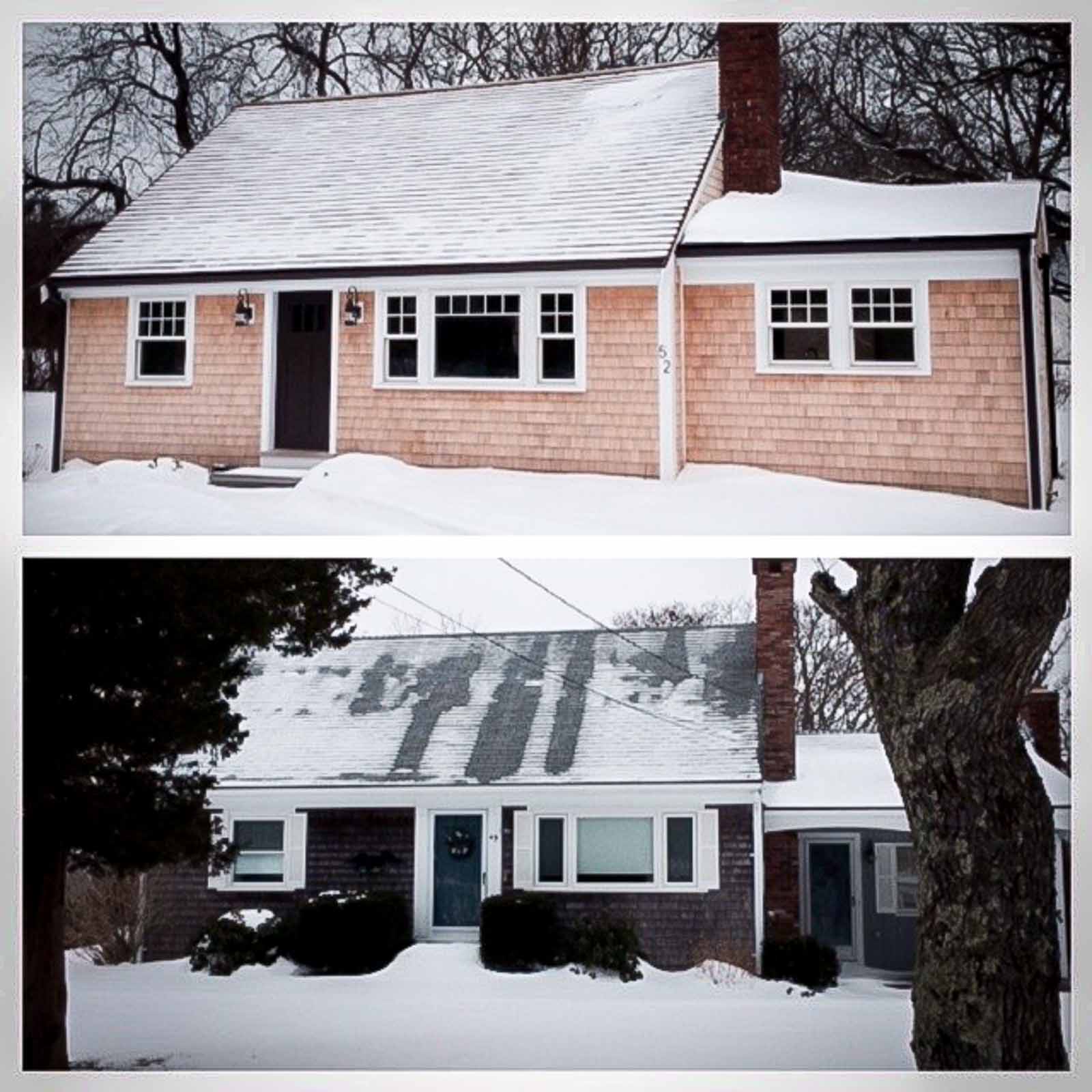 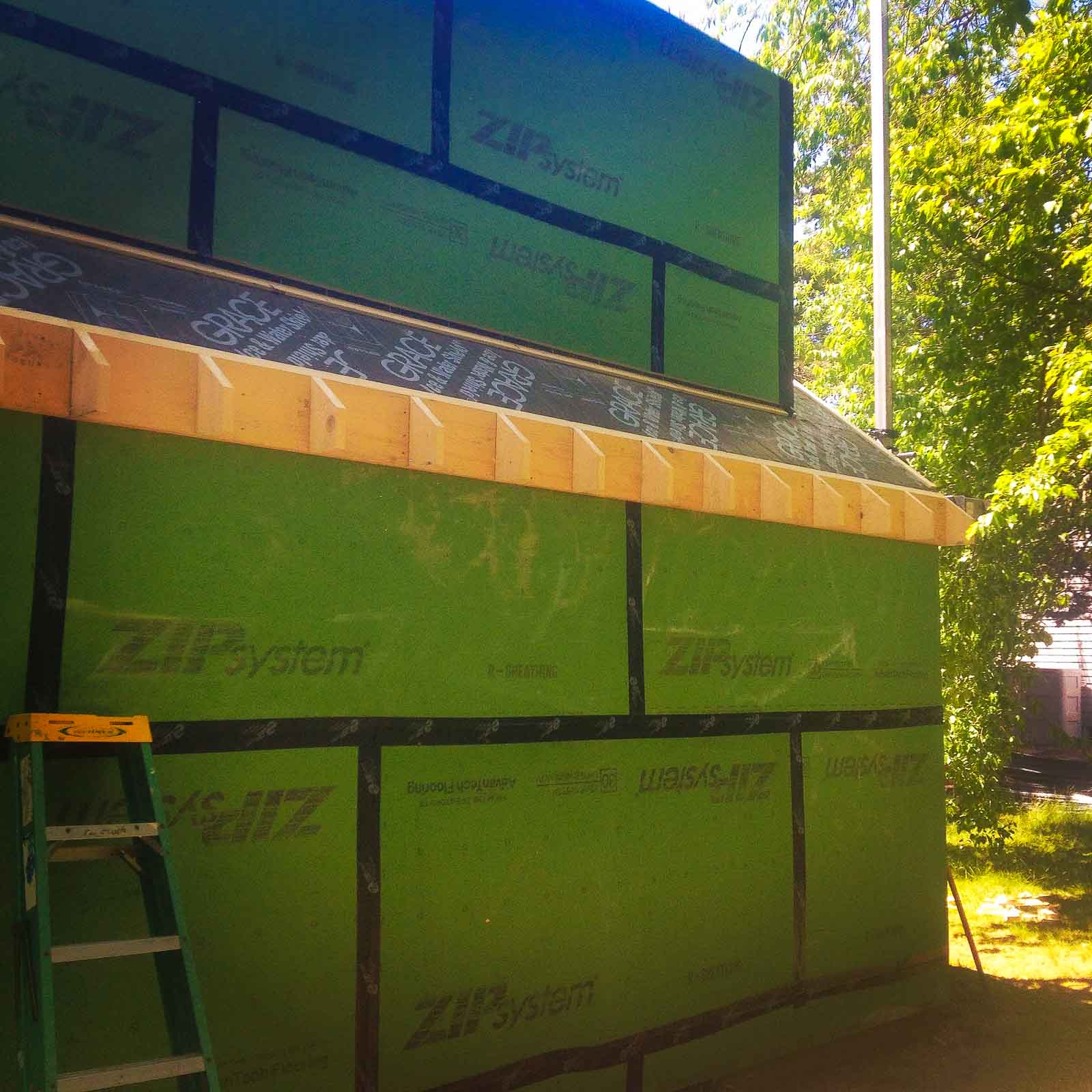 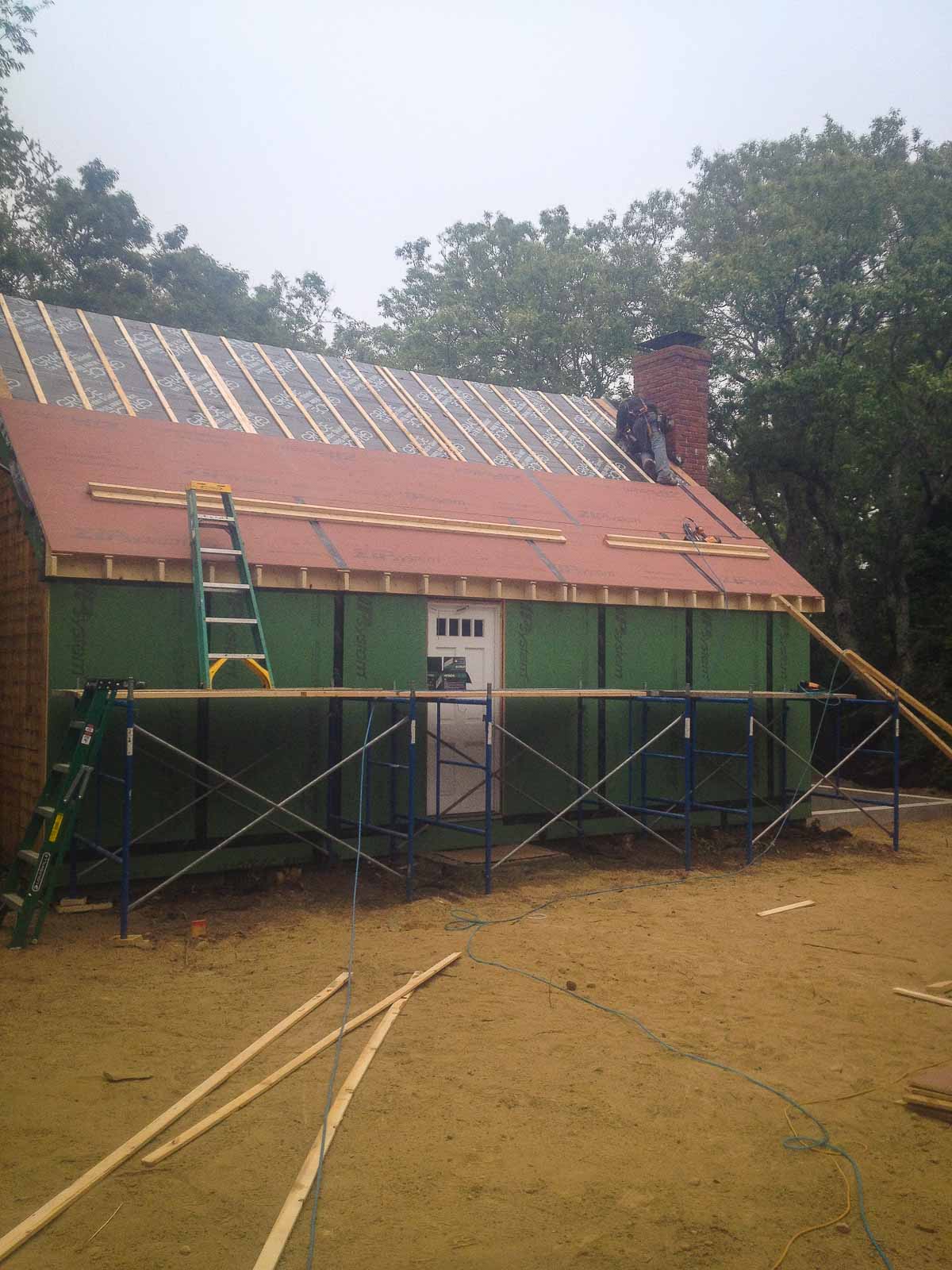 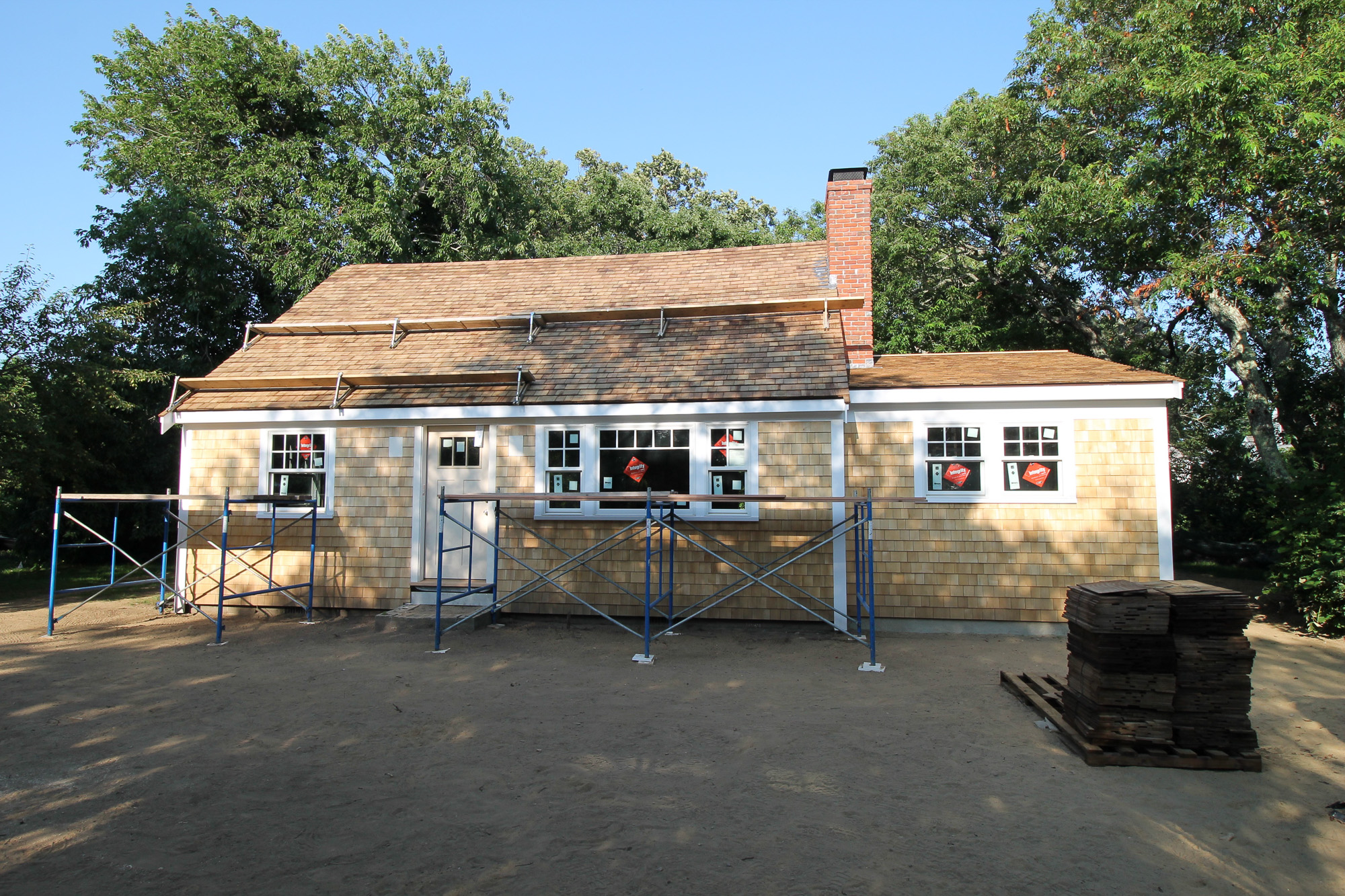 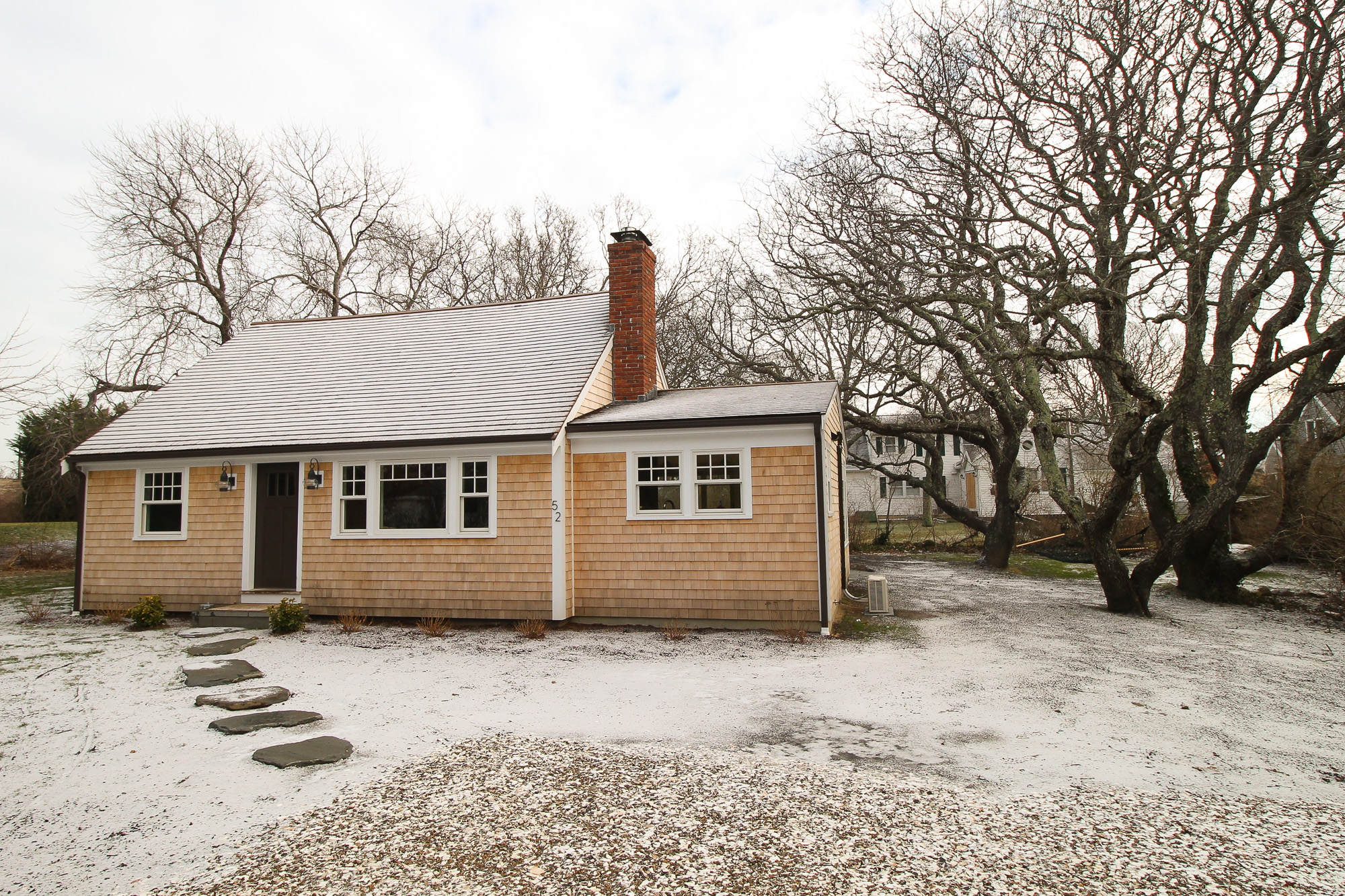 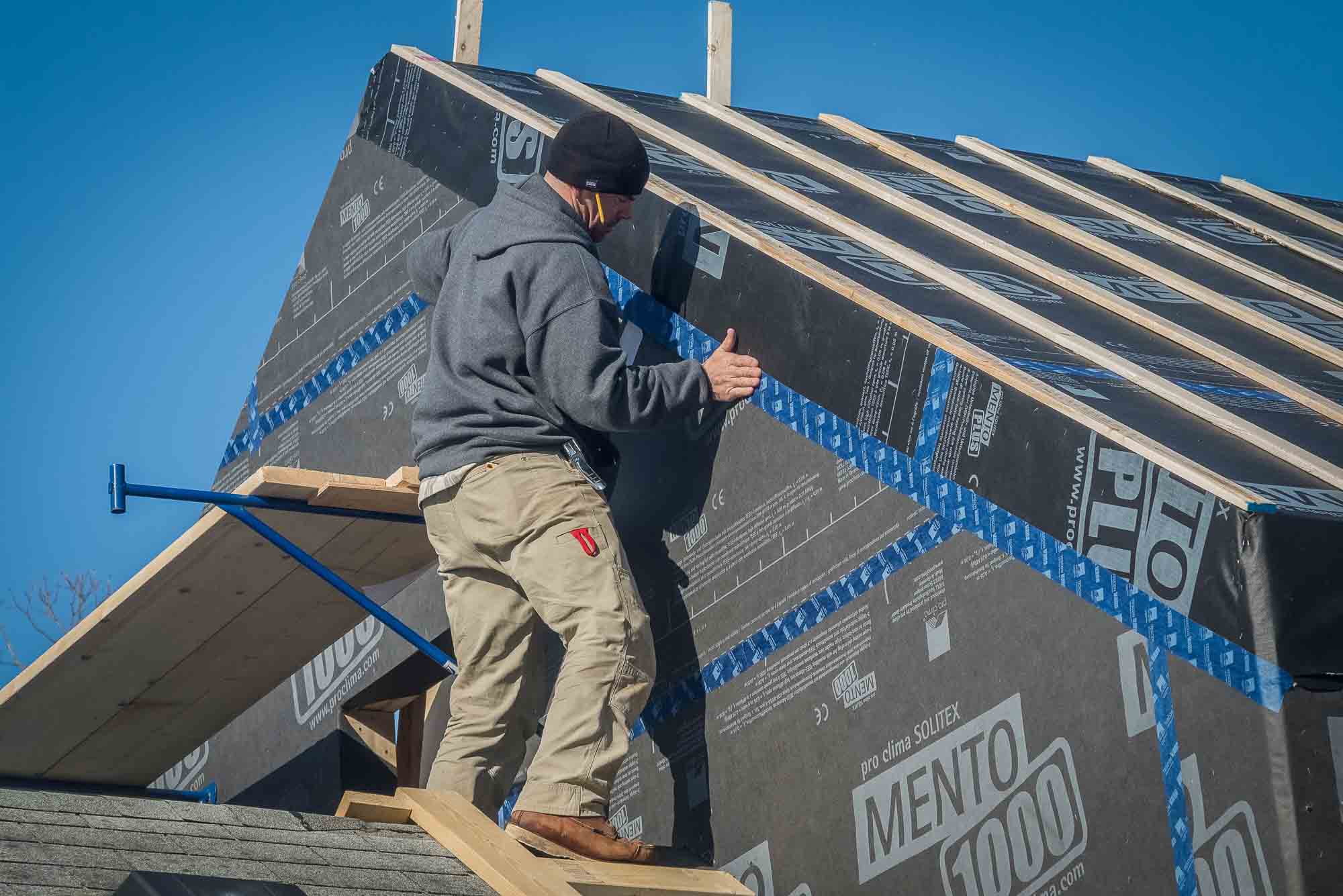 Given the opportunity, aesthetically and budget-wise, in the course of a major renovation we will always convert the home to what is called a "Cold-Roof" system of design and construction. Here's why:

Passing through the Sesuit Neck neighborhood the other day during a (very) brief respite from the historic snow with which we've been getting hammered when I noticed something quite cool in action - but only if this is your type of thing; if it's not, then this is about as nerdy, dorky, building-weirdo-esque type stuff as one can get.

A common problem for old homes in winter is occurrences of ice dams. Ice dams bring with them a world of problems, both short-term and much-longer-term. Ice dams are not just happening without significant reason for cause, and though visible from the exterior only, they signify that something is very wrong internally with the home and the overall system of the home itself.

Ice dams are largely signifying that your home is not properly insulated. Now, it may be insulated up to code but like someone said to me a long time ago, building to code only means you cannot be arrested for what you are performing. That should set off some red flags. It doesn't mean it's being done well, or with the proper material; it merely means you're building in a way that no person can say, "You know, that's illegal." But often someone could, and should, say "You know, that's not a very good way of doing that." So, an ice dam is signifying that your home hasn't been insulated in a "very good" way. It is insulated, and sure, it passed inspections and is up to code, but it's not done well if you are having ice dam issues.

This brings up a second point in that it's likely not been insulated with the best - or even better - material. Fiberglass-batt insulation should be outlawed. Yes, it could be argued that it's not too bad, that its efficacy has much to do with physical installers, etc, etc; but it should just be outlawed. There is a myriad of options for home insulation, and fiberglass batt is the worst of all of the common products. So, we just don't use it on our projects. It is the cheapest option, however, so it's the go-to for lots of builders. We don't touch it. Ever. Fiberglass batts are inherently leaky, no matter the install, and this is what leads us to this photo and this writing:

Now, both of these photos were taken within seconds of each other with my iPhone. One photo is of the energy-retrofit project we just completed, the other is of the home across the street. The home we completed also has a South-facing roof, so theoretically if it were above freezing (which seems unlikely to ever happen again at this stage...) that roof should have a good portion of its snowpack melted away just via sunlight. The home across the street, conversely, has a North-facing roof as well as tall trees surrounding and blocking the morning light, so that roof should remain covered with snow as the sun rarely hits that roof during the course of the day. But, what's happening here is just the opposite and I couldn't be happier about it. Our roof is covered with an even pack of snow; no melting, no sporadic spaces with exposed shingles, no ice dams. Yes, it's packed in around the chimney, but that's just wind-blown. The roof across the street however has exposed roof shingles; lots of melting; and you can even see the bays between the roof rafters defined by the melting.

What this means, unfortunately, for the home across the street is that heat is escaping from inside the home, moving around the insulation inside the walls, in the ceilings, in the roof, moving everywhere it's not supposed to be (which is inside the home) and rising along its escape route to the underside of the roof-sheathing, heating up the shingles, and melting away snow. Our home is keeping the heat where it's supposed to remain, inside the spaces where we control the heating and cooling of the home. Our roof is a fully-vented cold-roof assembly with a 3/4" continuous air-space running from the underside of the eave via a continuous aluminum eave vent and all the way up to the ridge and finally moving back into the atmosphere via the ridge vent. This assembly keeps the cold air where we want it - outside the home and the envelope of insulation - and keeps the warm air where we want it as well - inside the home and within the envelope of insulation. Which is exactly how it's supposed to be.

I couldn't have been happier to pass by here the other day after the storm and see both roofs in action. It told me, visually, that our assembly and our building is working just as intended, designed and constructed. The other one....not so much.