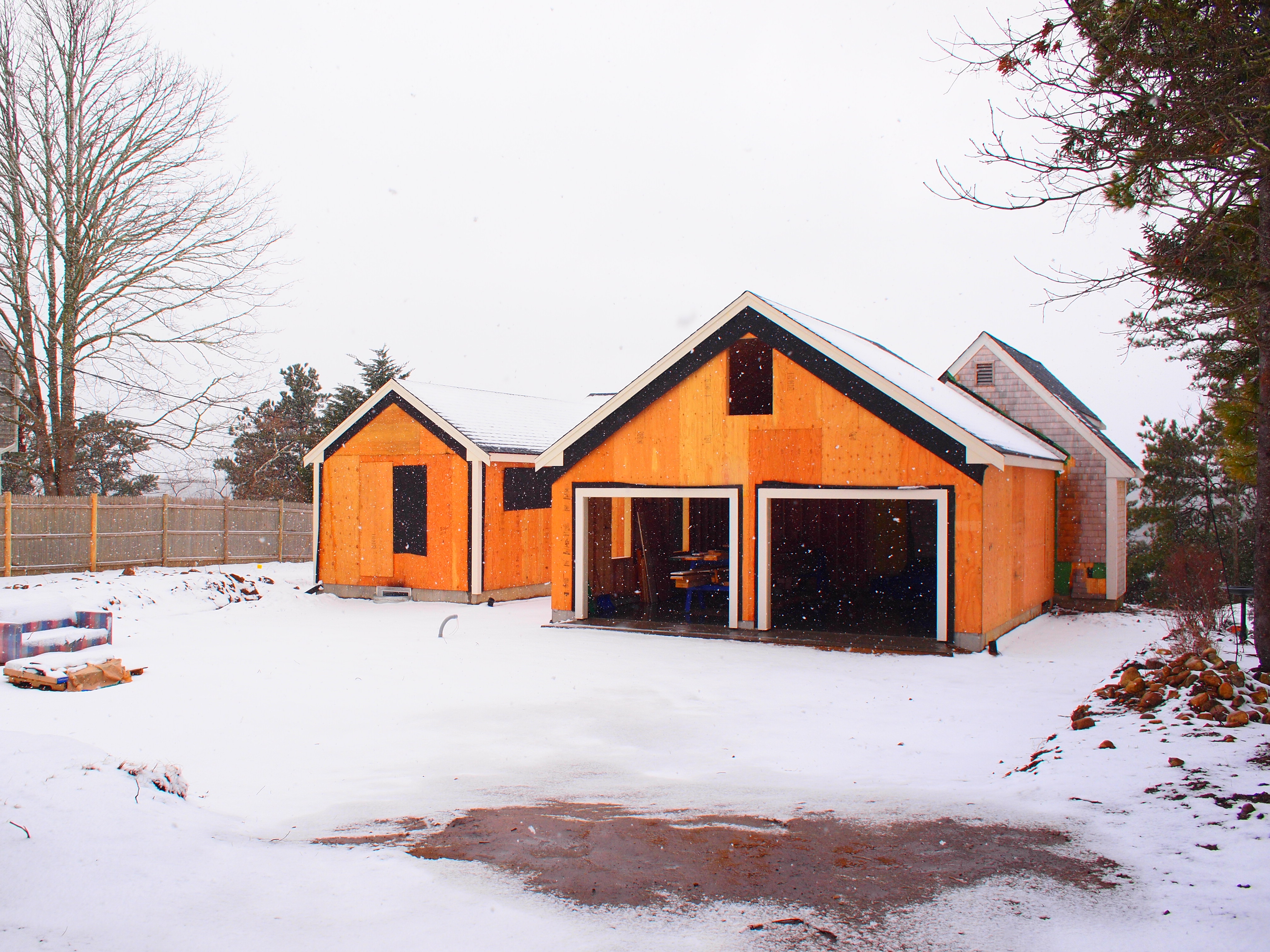 So we haven't updated this fella here in a while, but it's due to good reasons - we're a bit too busy actually in the dirt and on the jobsite this time of year. Sometimes (most times) it's (I'm) a bit too late (tired) to be writing updates about what we're doing in the big picture when we're dealing so much with the daily picture; after the early rise, after the three espressos, after the cold morning, after coordinating numerous peoples and tasks and operations on site, after the fourth espresso, after the long afternoon, after the drive home, after the caffeine crash, after unloading the trucks, after peeling off four layers of coldness-armor, after checking facebook, after doing invoices, after checking estimates, after doing the week's schedule, after doing the next-day's get-ready list, after grinding the coffee, after setting the alarm...and after somewhere in there taking care of the main-pooch who's pissed he couldn't come to work that day because golden retrievers are small pebbles to a cement truck.... After that, it's sometimes too late to write.

But anyway, this could be short or it could be long; I'll go for medium since it's late. 2012 is off to a bang after a pretty awesome 2011. My main mates have moved away and on to new adventures in California and Australia, and though I miss the shit out of them, it likely won't be for too long that we won't be working together. Kane is off to San Luis Obisbo in CA with his bride and the Goose is off to Australia with his missus and my god-daughter. My two best friends, and also the two best guys to work with...largely because it was nothing at all like work, and that's the best way it can be. It was just purely fun. It was just like a bunch of buddies who hang out on the weekends and build stuff, except we did it all the time and didn't have to wait for weekends. Sometimes people paid us...usually we just did something because we thought it was cool and fun and exciting to do. But it's all good...I mean, nowadays, it's almost like no one really goes away because I still get daily updates complete with videos and photos of what everyone is doing...and they get the same. Kane is out building with Mountain Pacific Builders in CA - and just finished building Ted Lilly's house out there - where he sends daily pictures of all the cool stuff he's building (surprised he doesn't ask me to just "take a quick drive to check it out") and Goose is just raising the stinkbum, working on cars, and living the slow Aussie life while getting ready to launch his concrete-countertop business over there and take over the continent.

Anyway, we're off and running right out of the gates here on this peninsula. Projects in Brewster and Dennis that started in December will take us into the summer. Awesome projects for awesome families. Both projects very different, both projects very, very creative and fun. Looking at the two of them, it's a great view of how a "formula" for a building palette is a bad idea; both are so completely different, yet both are so creative. A "formula" wouldn't be able to pull it off, which is why they're perfect for us. They're both more of a "listen, learn, create" environment (which, actually, should be the formula for all builders and designers - and now that I reread this it likely is for the better ones.) I honestly couldn't be more stoked to be doing these two projects. Neither is large - which is great; both are in beautiful locations - one on water, one in the woods; both are very challenging - one up high and very historic, the other with tons going on in the ground before we even get in the door; both needing completion before summer; and both with awesome design parameters....and hopefully awesome final products, too. But what I'm most pumped about is that both are remodels, and both families are really trying to be conservative in their approaches to the projects. This might be the first time that a family is looking so far into the future, and trying to make a strong statement to reflect such a vision, that they're actually getting rid of their two-car garage to make an open space that will bring more of the outdoors, in. PUMPED about this. We are building a garage on the other project, but hey...life is a balance, right?

I'll be posting updates and such on the book of many faces...videos, photos, etc, etc....as we progress (and as our actual website progresses...still...someday....). These are some charismatic projects coming up, so keep an eye peeled.

Peace out. Thanks for reading. I don't know if anyone actually does. I'll try to post more often so it actually seems a bit more professional. You know how I like stringent and strict and rules and professionality and all that good important stuff.