Saving The Home In The Sand on Commercial Street, Provincetown, MA

Another awesome project for two awesome people. Like Steve Jobs has said, ““The system is that there is no system. That doesn’t mean we don’t have process.”

This project was done for Hans and Wiebe, two amazing guys from Holland who are truly citizens of the world but largely now reside in Boston. Again, as seems to happen often with us, most of the offers to purchase the home were intended for knockdowns and a new building on the property. And though it is a large space, the two fellows are very conservative in their means, and they had no intention of taking an existing home, demolishing it, filling a landfill, being completely wasteful, and then being doubly-wasteful by building an entire new home on an existing beautiful space. And while interviewing potential builders, most came into the discourse leading them towards the knockdown. Not us. The house has big tall basement ceilings, great bones, great views, and a very cool modern layout (or at least it was meant that way in the initial design. It had been left to fend for itself for quite some time when we found it.) Perfect for a renovation.

The style was pushed by their tastes and is, as you’ll see, a little different from what is considered average around here, but as part of our method of not having a particular “system” of building, and rather a procedure of listening carefully, absorbing, and then acting on a client’s very particular wishes, we managed to pull off quite a large renovation on a very limited amount of time. The home was purchased in January; we weren’t able to obtain permits until late February; and still, we managed to have the boys moved in by Memorial Day weekend, head-to-stead renovation complete. It was intense, it was quick, and the days - and nights - were very long…but the result is just beautiful. The day they signed the papers on the home, I drove to their house in Boston, picked up the keys, returned to the Cape that same night, and the next morning work began in earnest. Planning, aesthetics, structural issues, design, and process were all determined carefully, cohesively and collaboratively.

On this home, we worked with a lot of materials that we’re new to us - new to anyone, as you’ll see - but that’s a huge part of what we love about how we design and build things. I often think that at some point, in some place in time, there will always have been a person who learned how to do something for the first time. Anybody can be that person. Antique Norwegian oak, polished steel, slate tile, plywood flooring, reclaimed cypress, cut glass, one-of-a-kind custom made wallpaper by an artist friend…all of these materials were incorporated into this home, and many of them were used by us - or anyone - for the first time in these methods. Some we had to look for high-and-low to find…and then even higher to figure out and understand. But the guys trusted us to find the best ways, and we did. Complete with a solar photovoltaic system and a solar thermal hot water system, the guys have a $0 electric bill throughout the summers now, even with the house full the entire season.

Again, a super fun project. The guys threw a great party at the end of it all for us and everyone involved - and there were a lot of people involved in making this happen - and it really showed their appreciation for the amount of work that went into this home. We’re always back here every spring updating a few things, adding something, changing something else for the season, and getting the home ready for the onslaught of visitors and guests the guys love to have. We’ve worked on their home in Boston, too, and we really hope we get to work with them again. A truly collaborative project between us and the homeowners, and one that was more fun than you can imagine.

Doubling space, an open-floor plan...and the coolest stairs this side of Machu Picchu...but smaller.

Where once stood a massive house-wide built-in bookcase and open-storage shelving unit, there is now a simple little set of stairs that opens up the entire first floor to a sweeping view of the whole floor plan and views out the glass-window wall onto Provinctown Harbor. So much fun to build this… 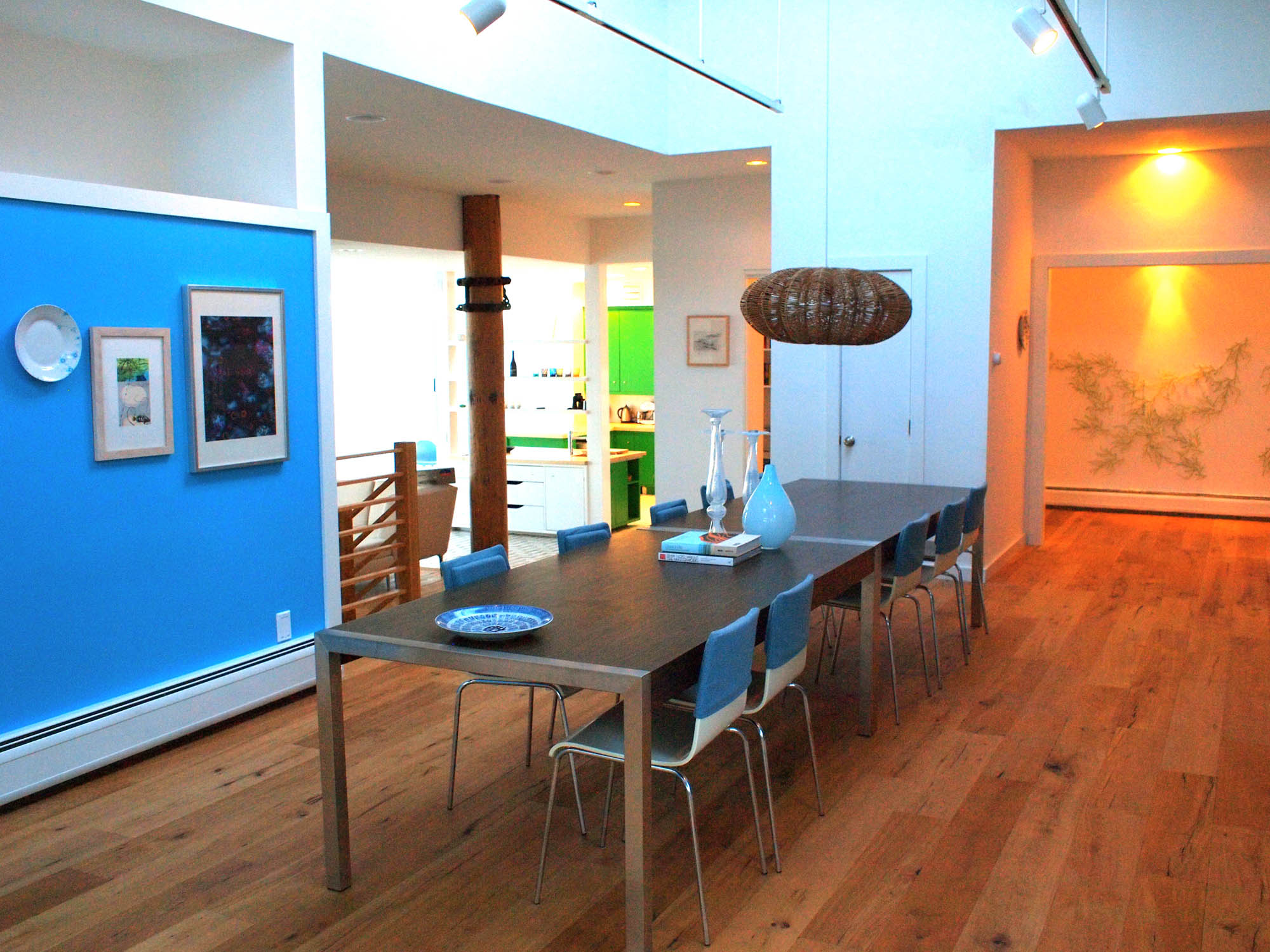 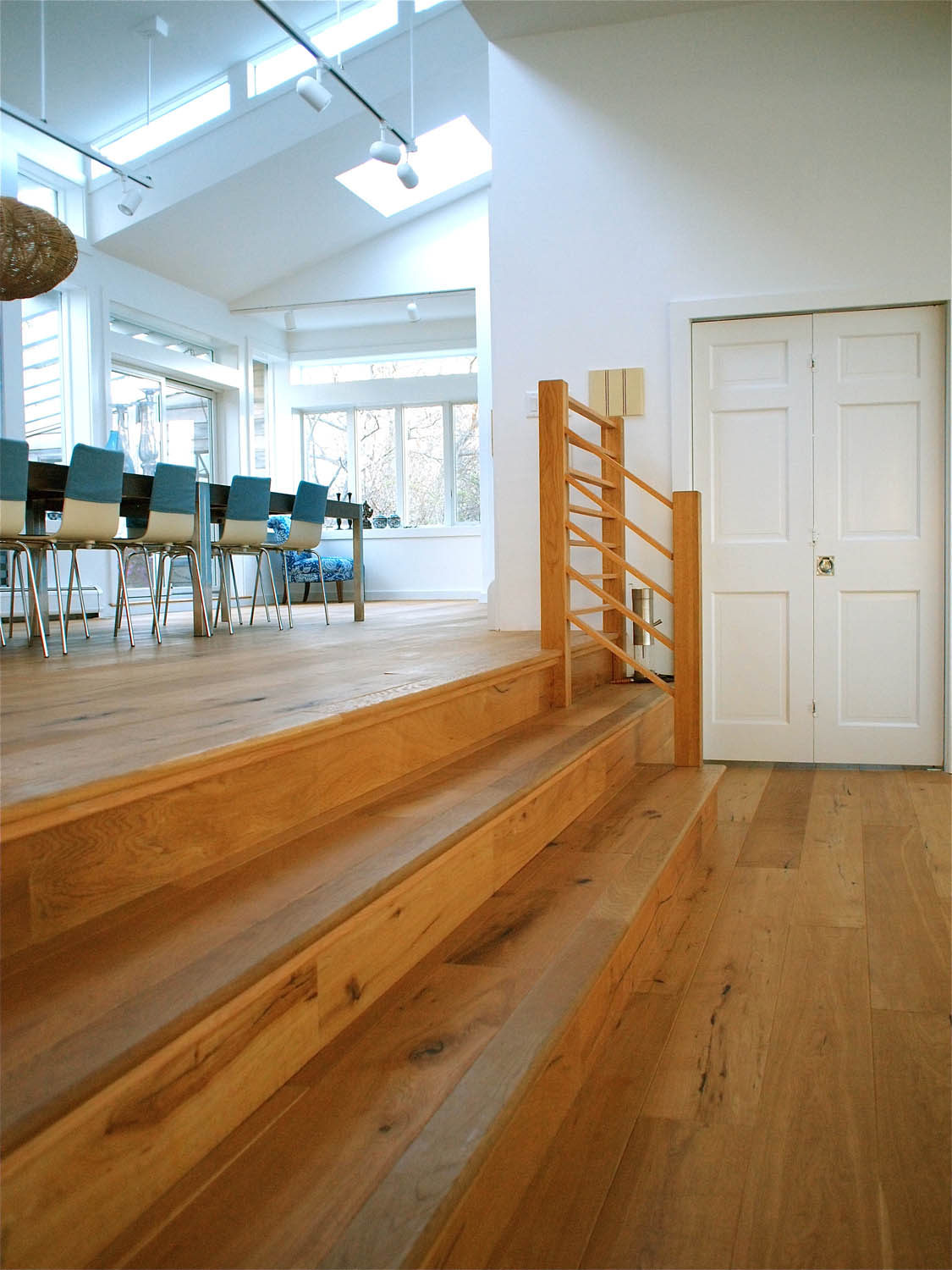 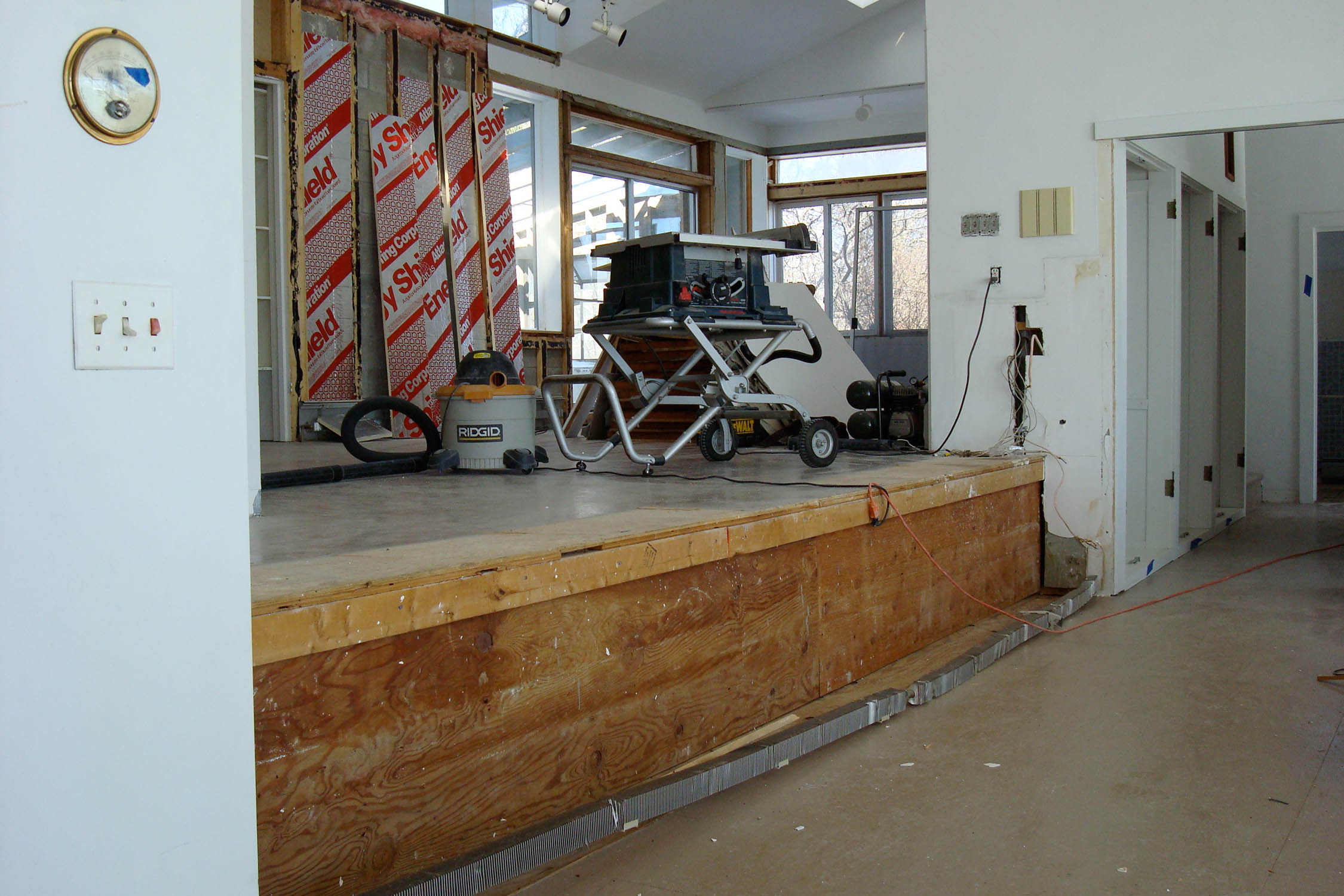 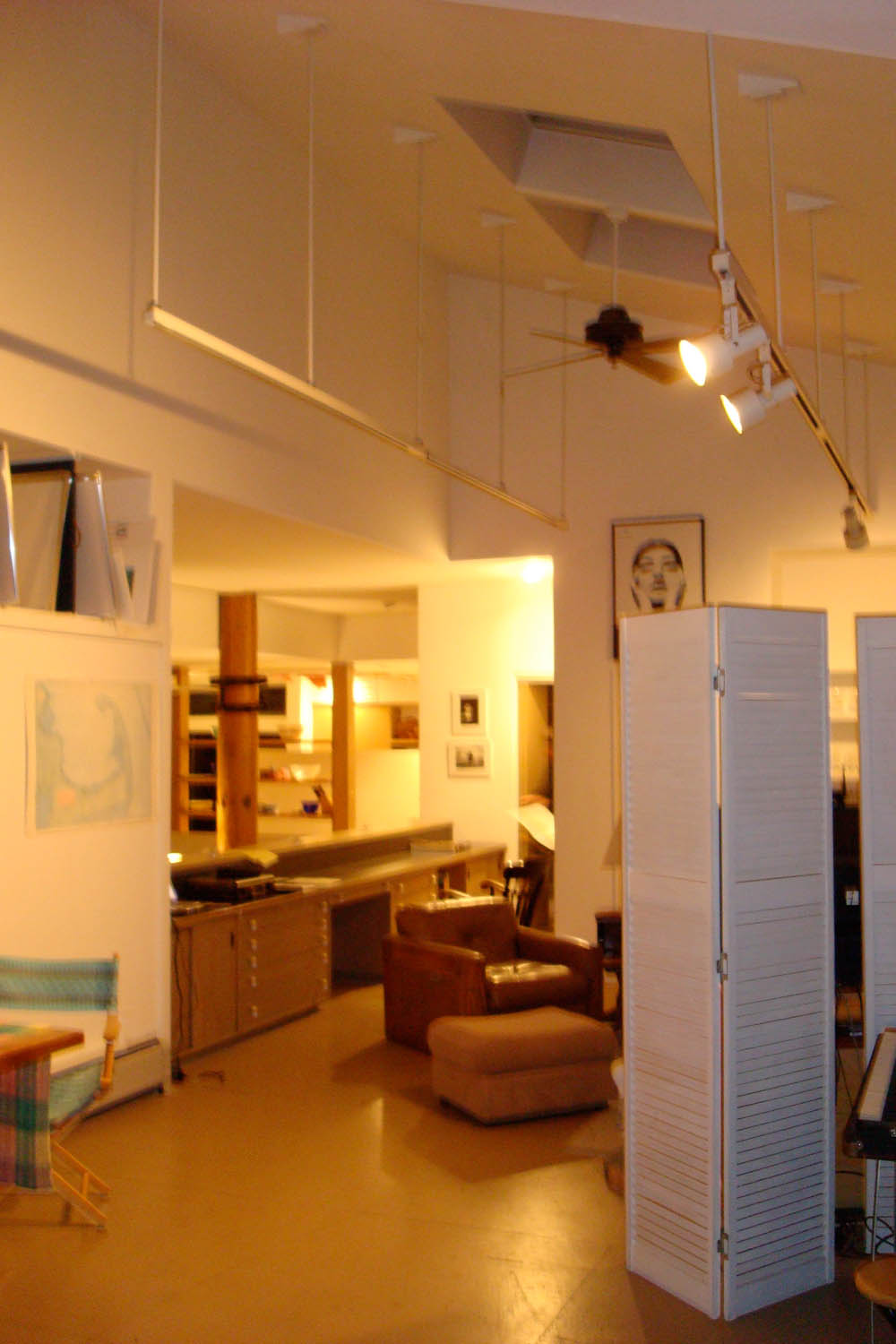 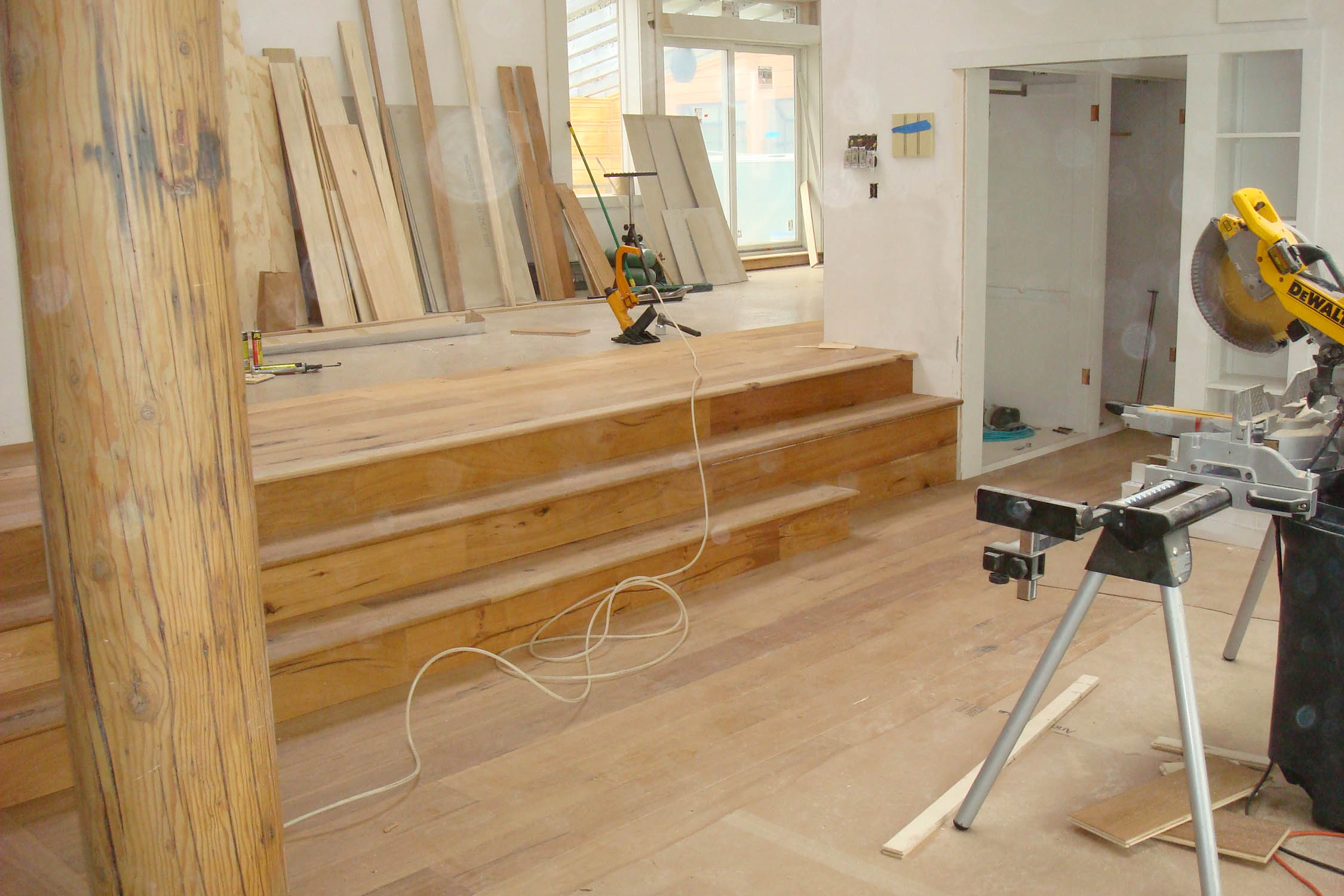 The boys were given a range of materials to choose from for flooring, and they chose the one I loved the best, as well. It was a risky choice at first but like a lot of good things, the bigger the risk, the bigger the gain. It’s turned into a hallmark of the home and most definitely a highlight. It’s a showstopper for anyone who walks in the front door, for sure. 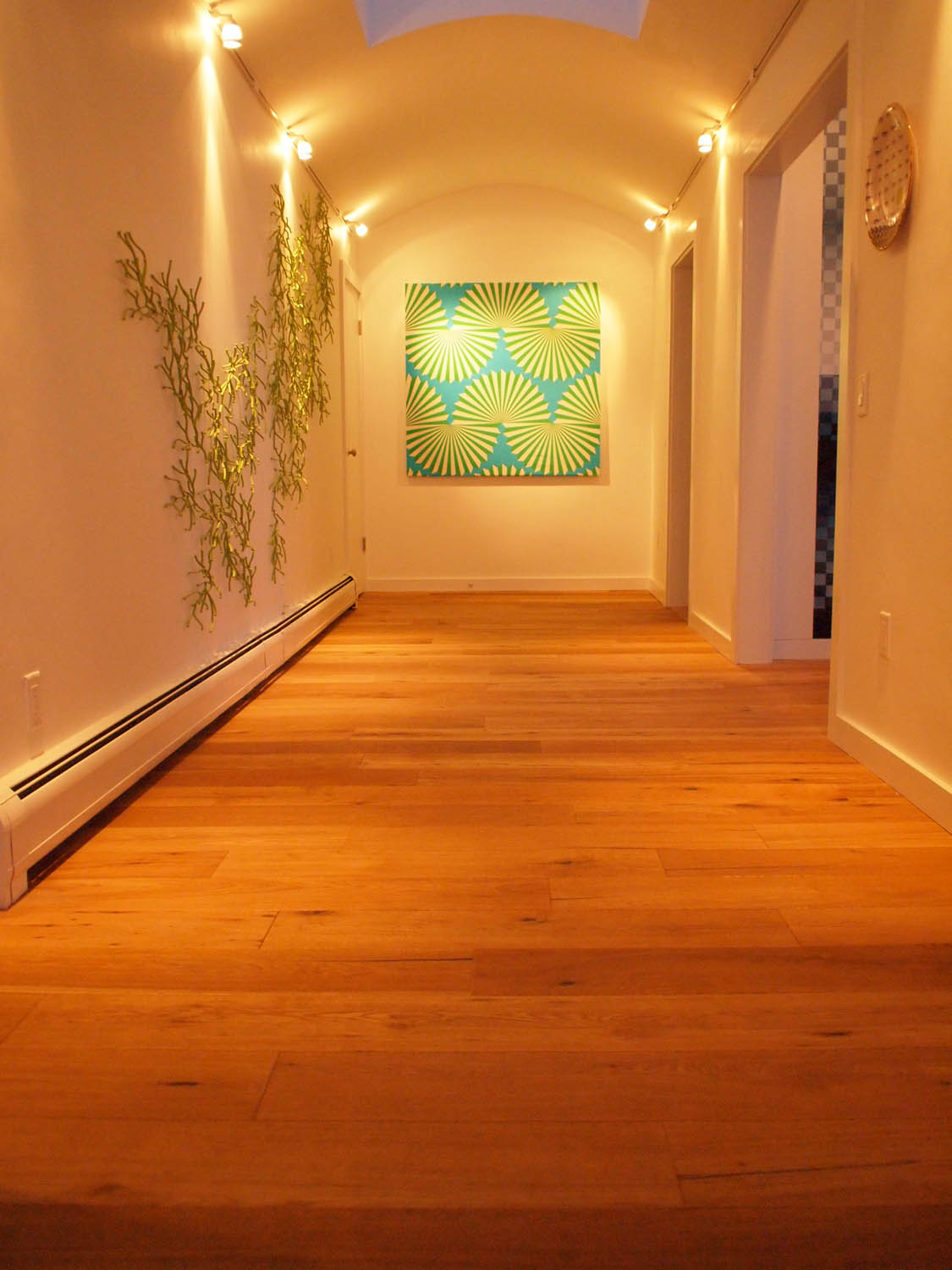 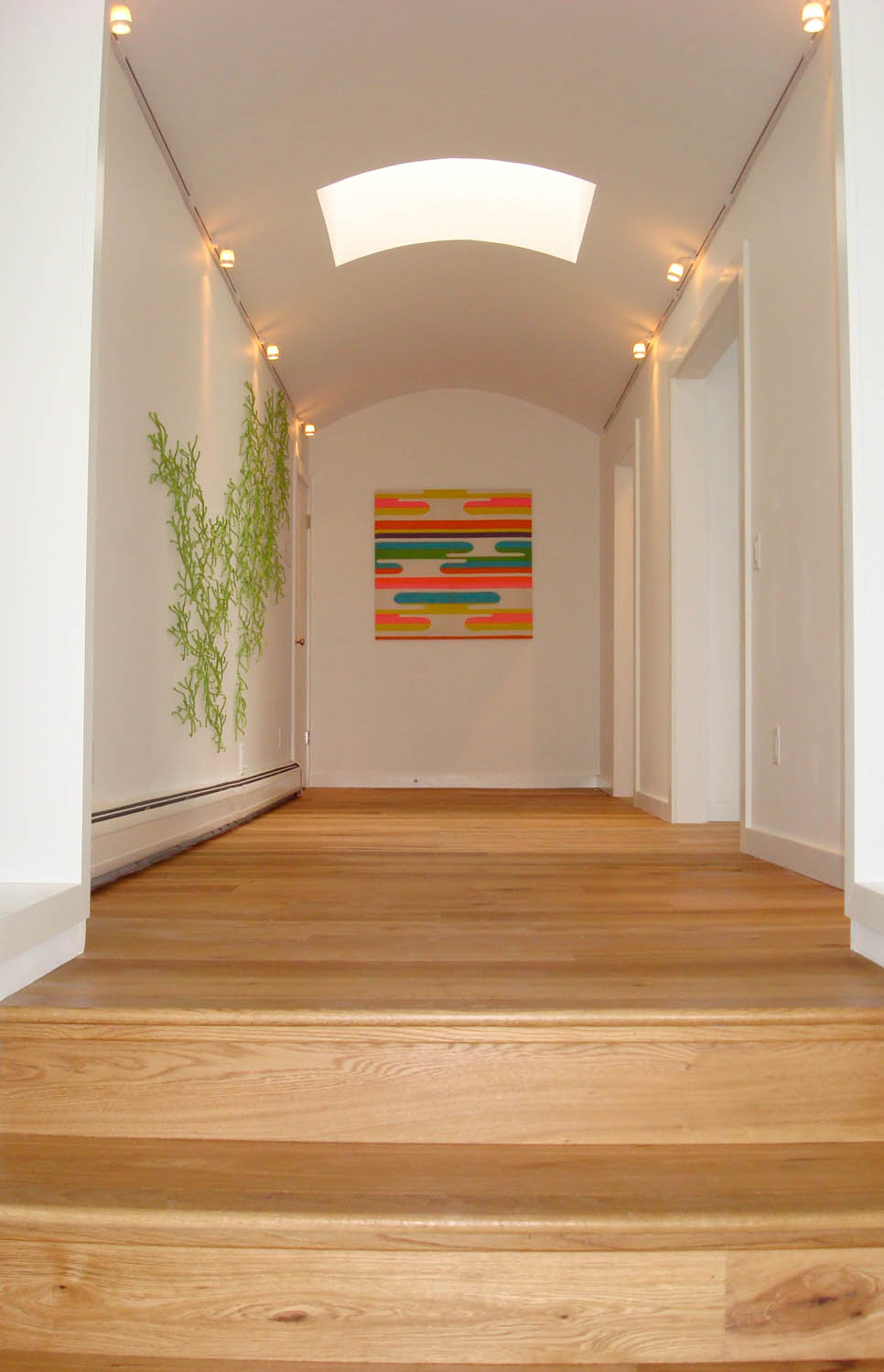 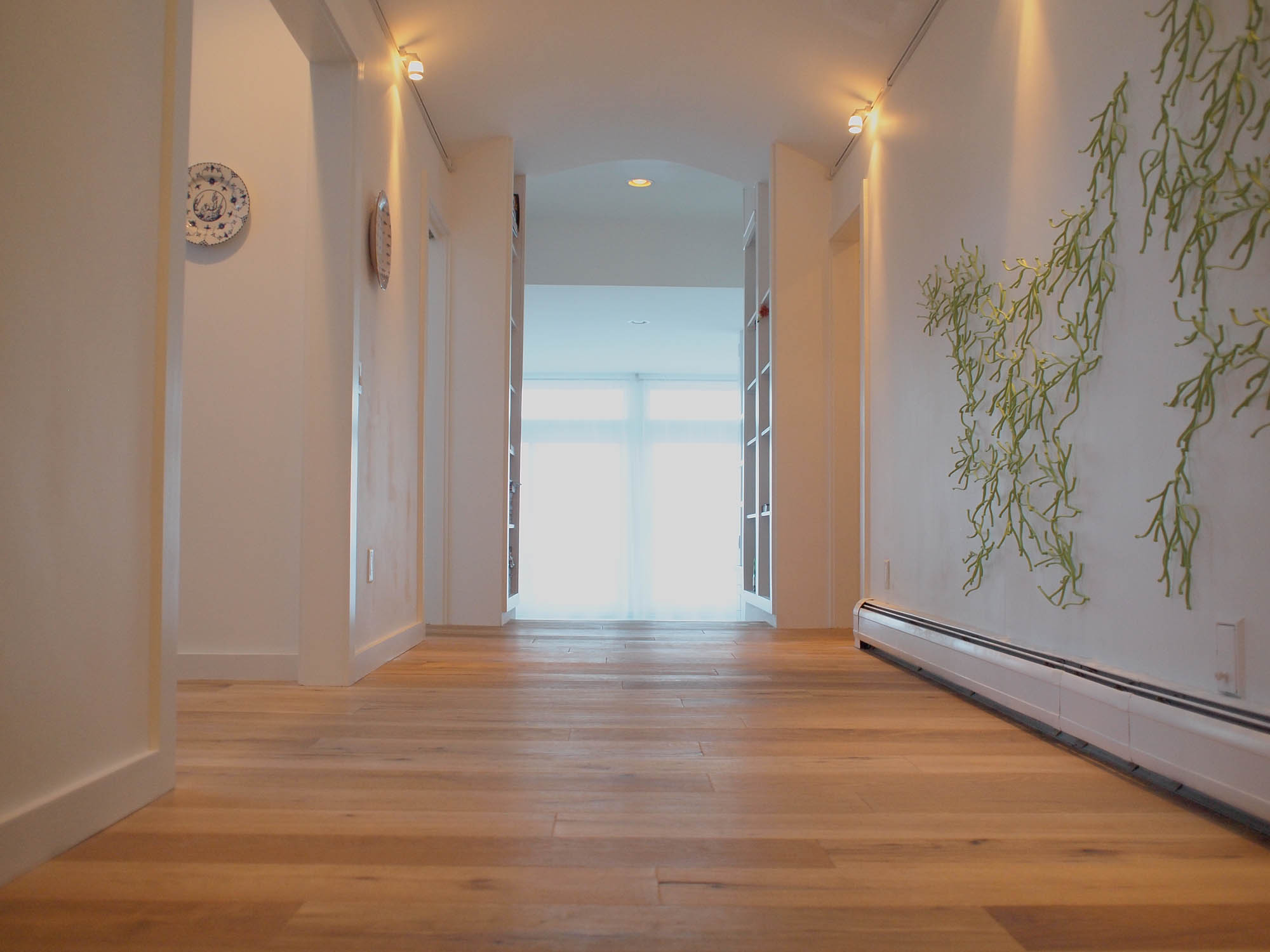 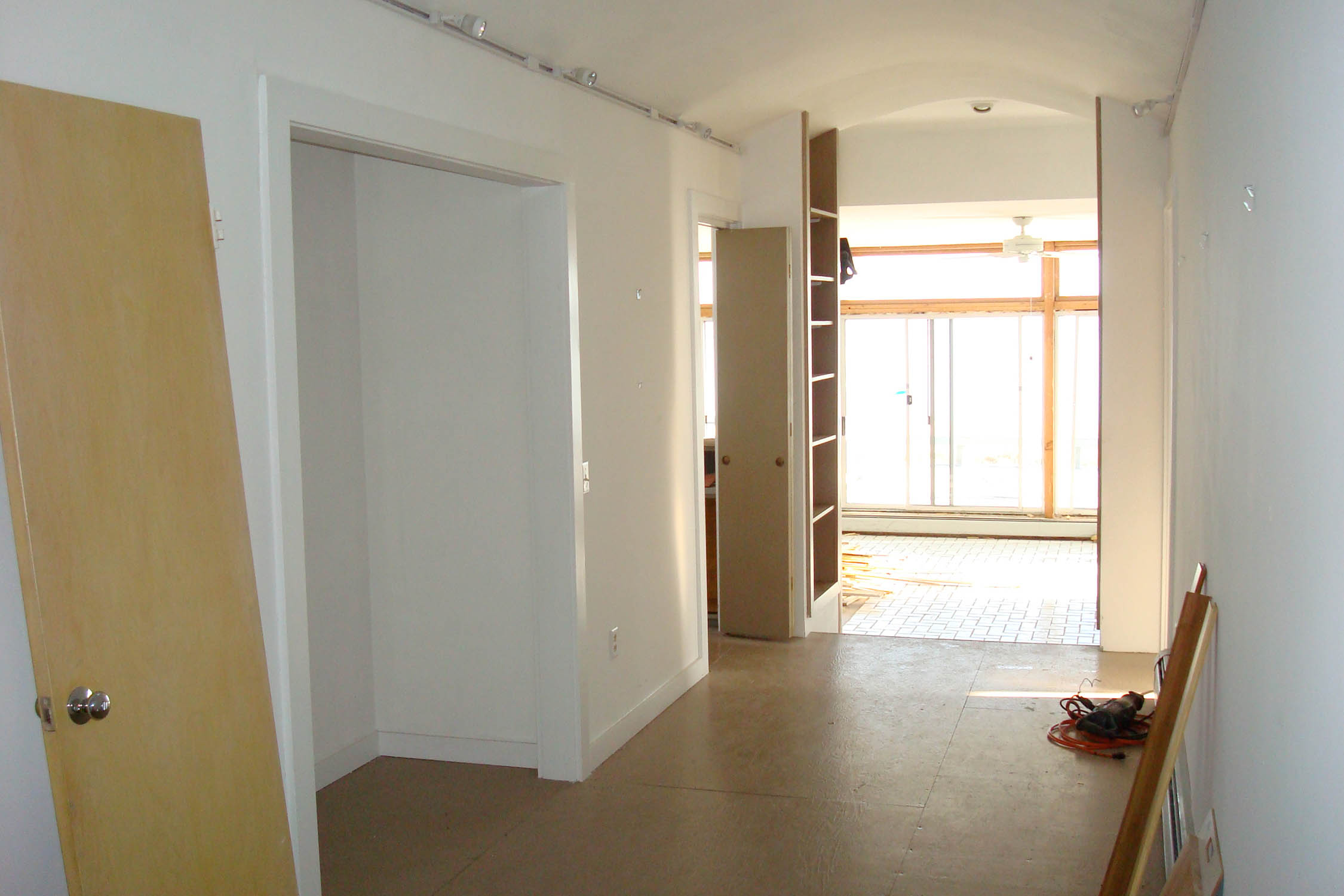 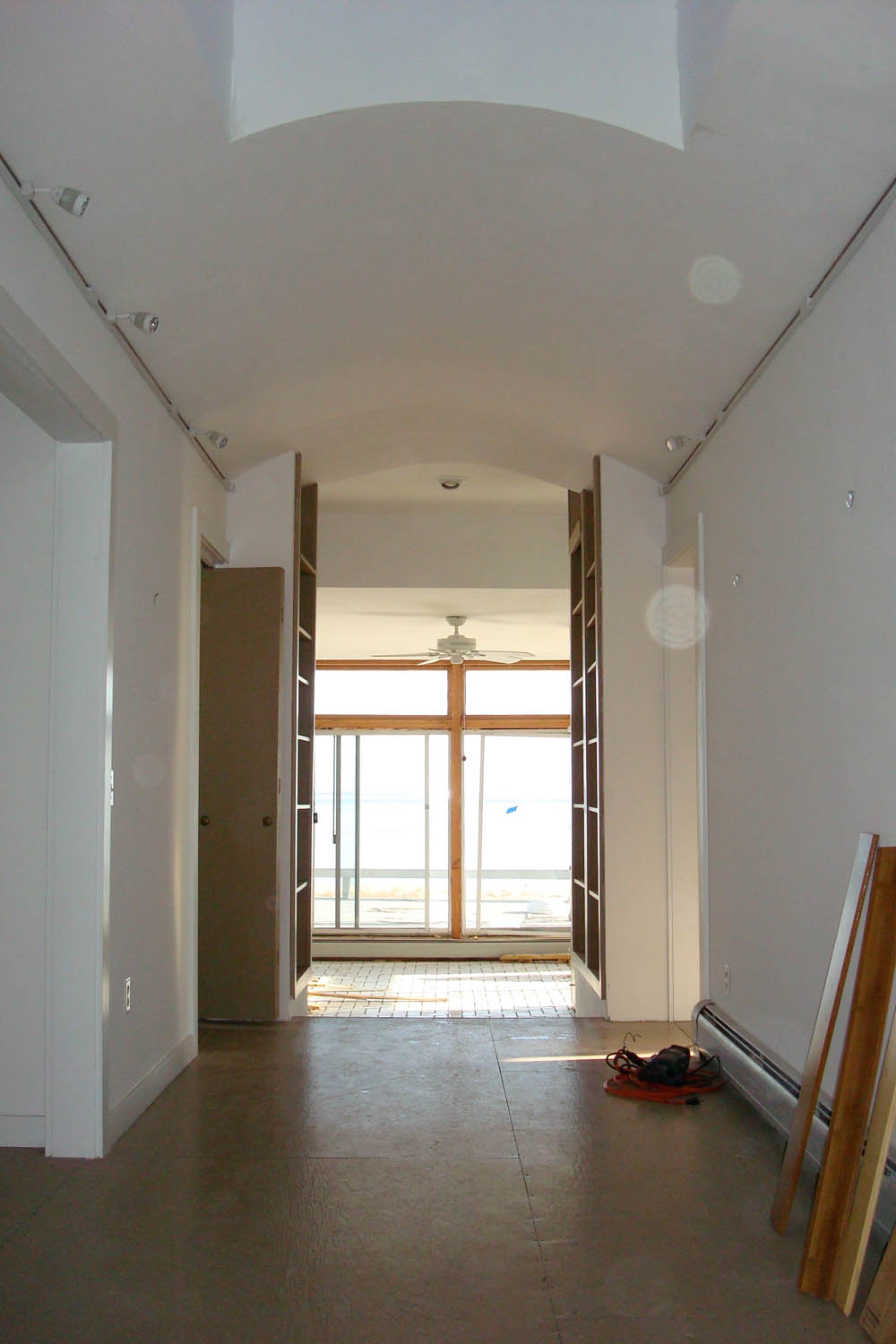 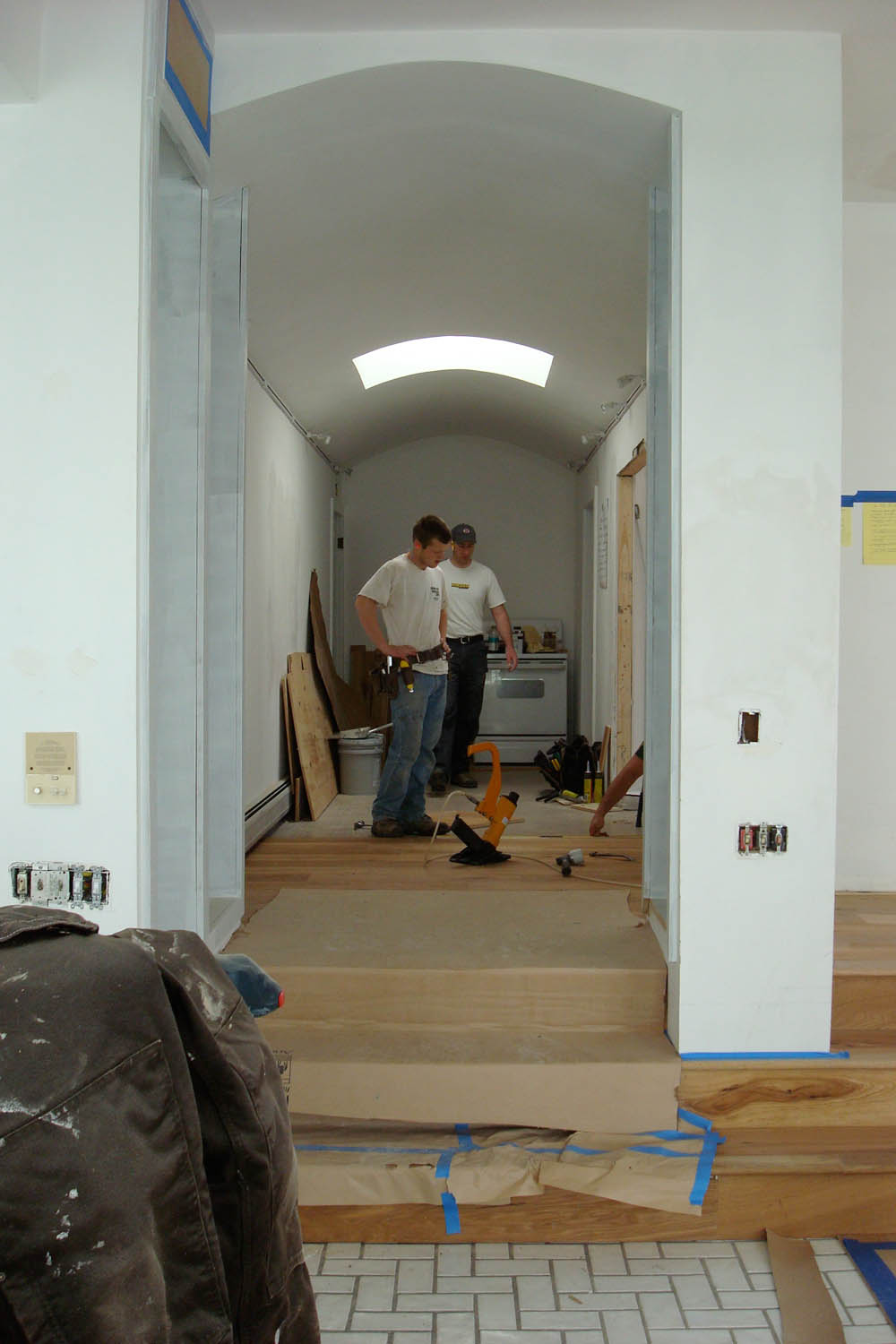 Because sometimes all it takes is just a little thing…a little tweak, a little twinge. We used lots of small touches of outdoor lighting on this project, and this is one example of well used “small things”. 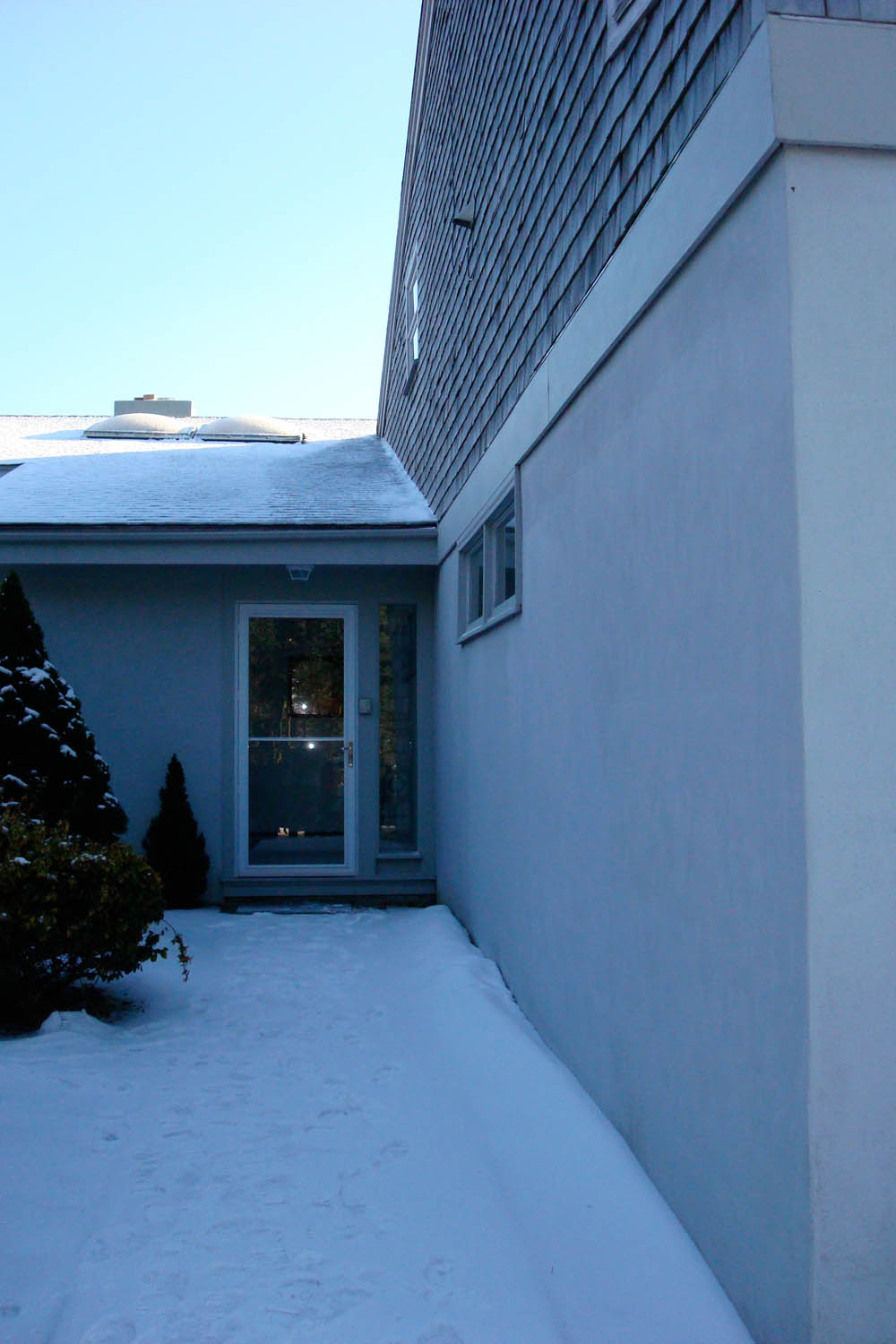 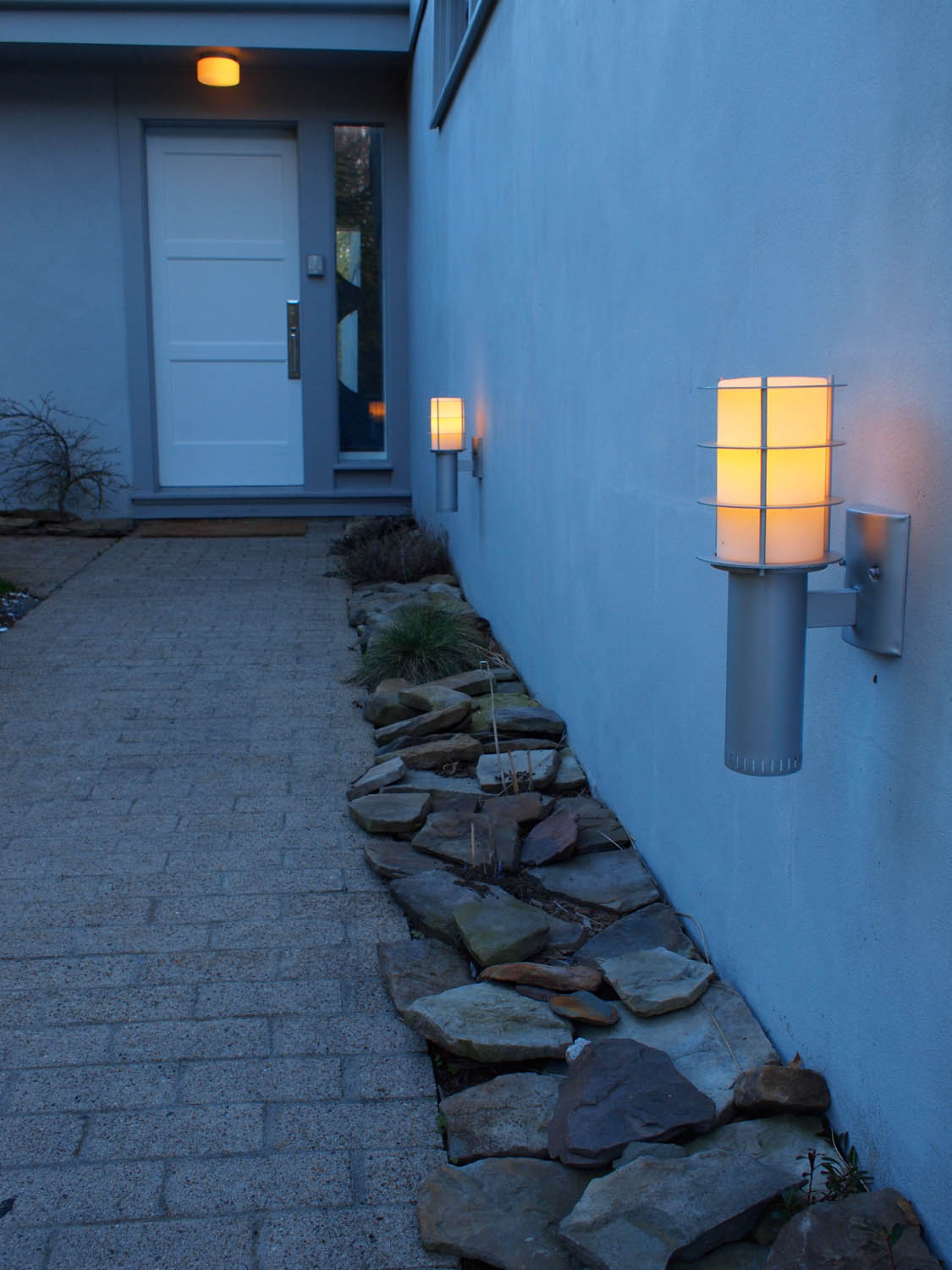 When the boys purchased the home, this sitting area was initially covered with a plastic roof and the concrete was left cold and exposed; not a very inviting place at all. A little ingenuity, some creativity, a great material in cypress, and now they have one of their favorite areas in the whole home. Or, rather, outside the home. Kind of. 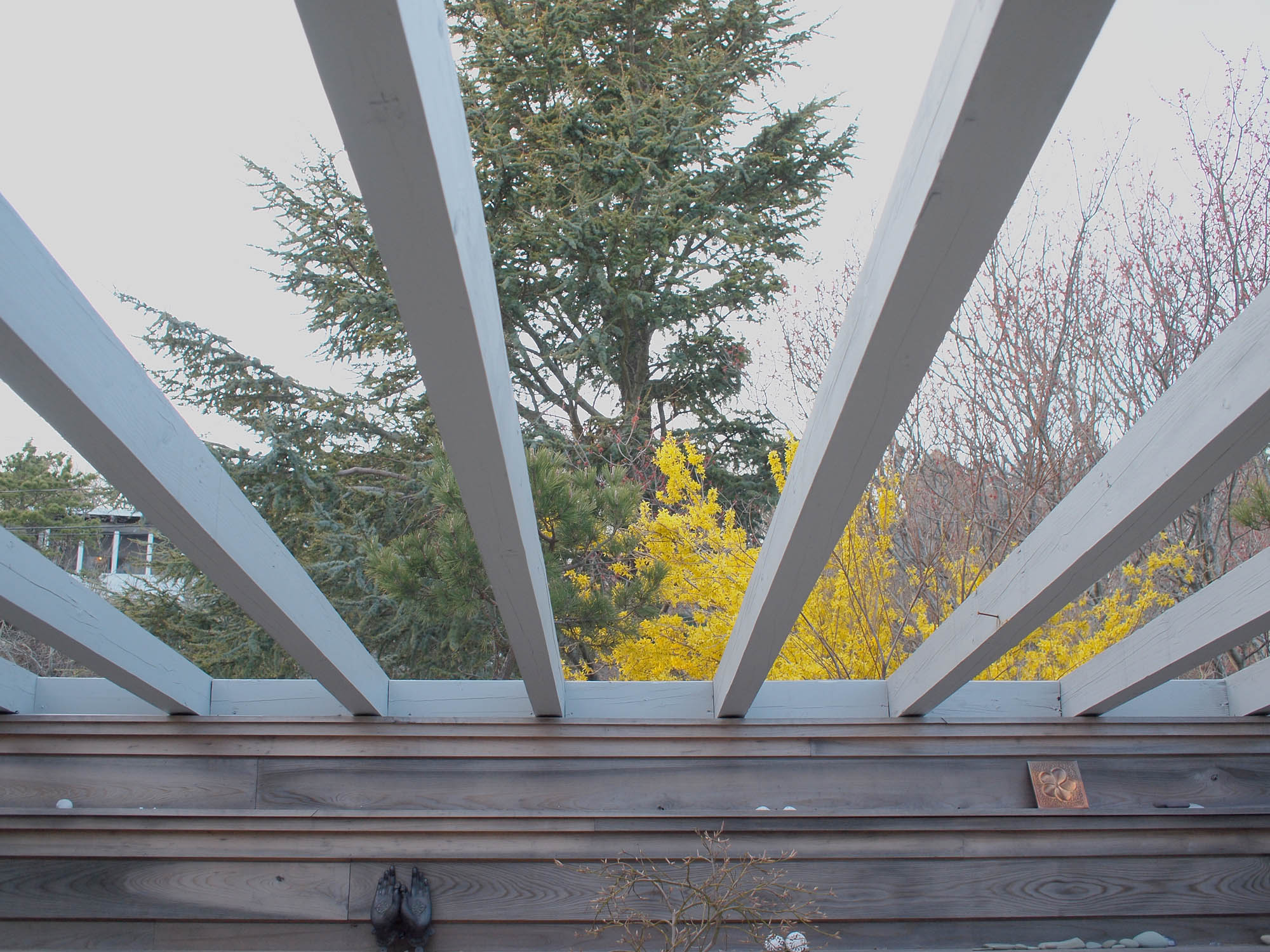 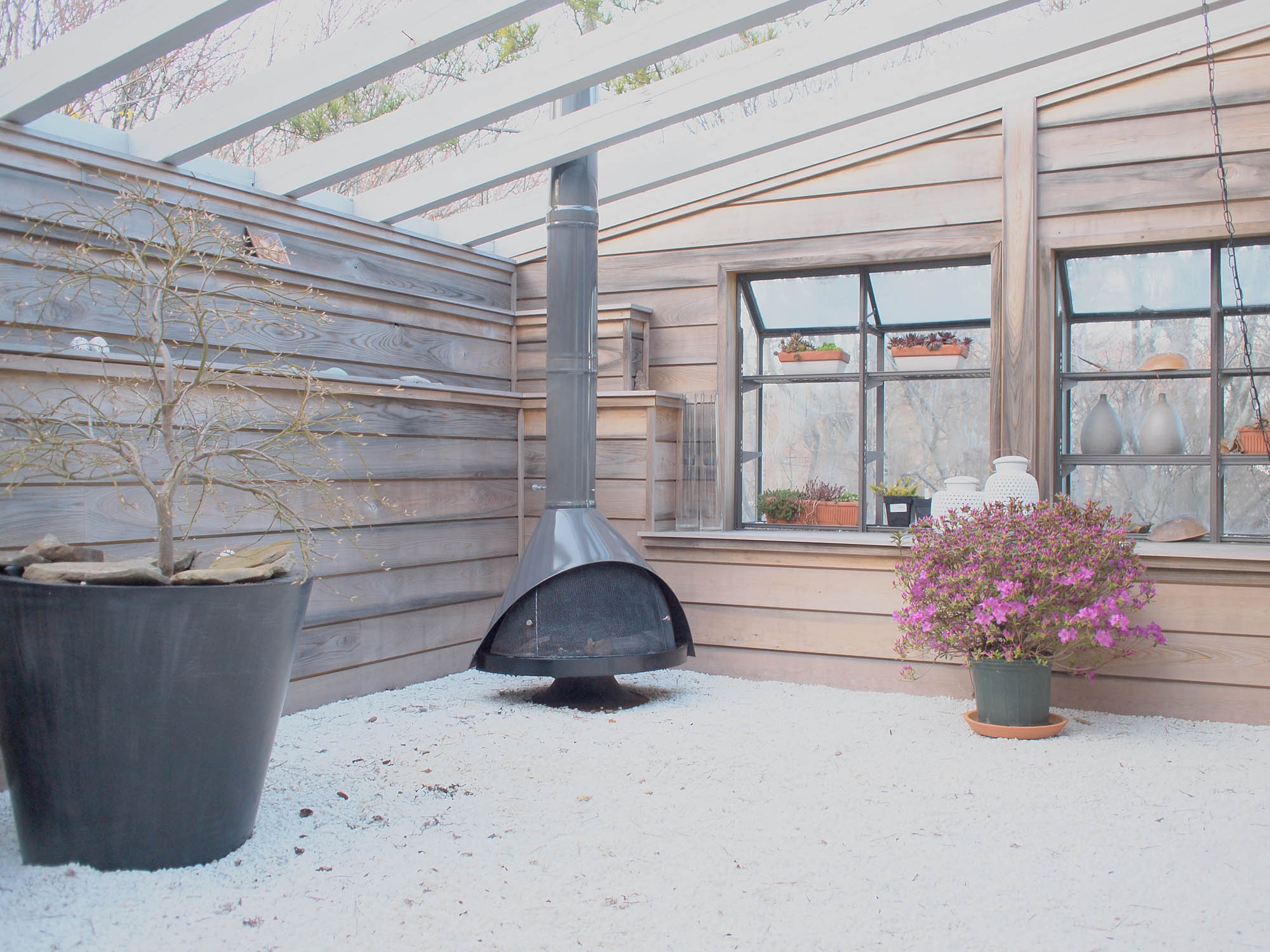 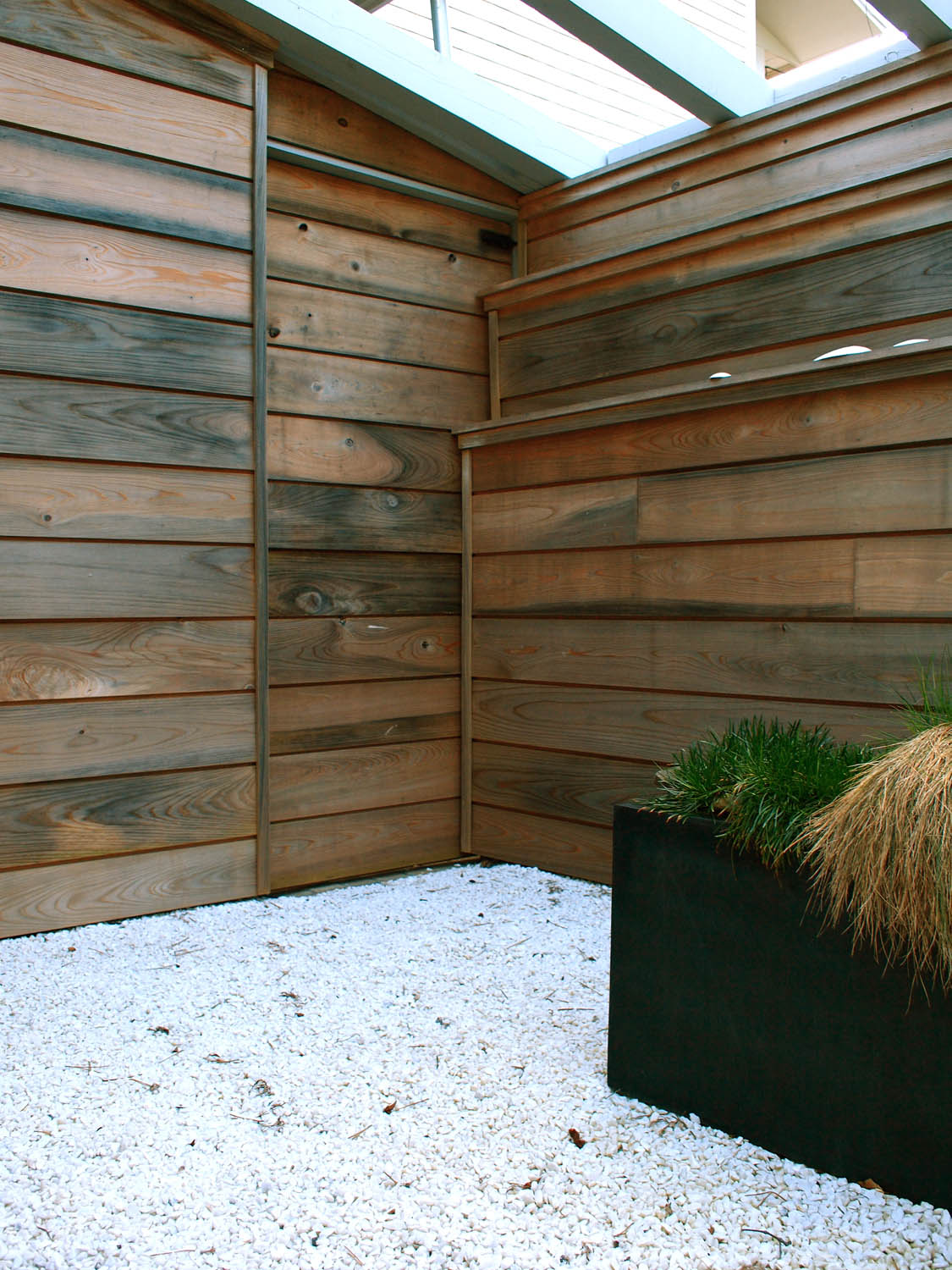 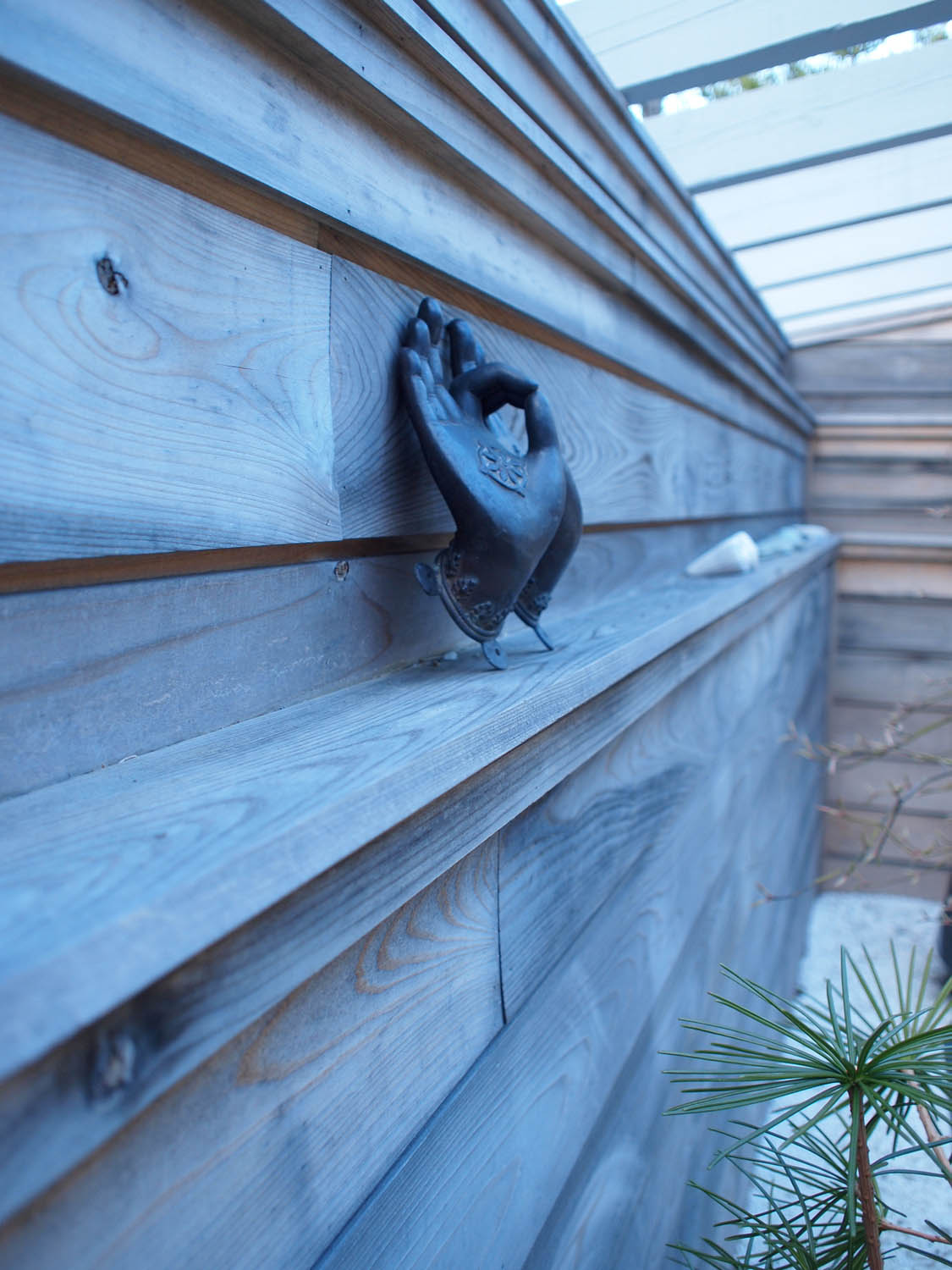 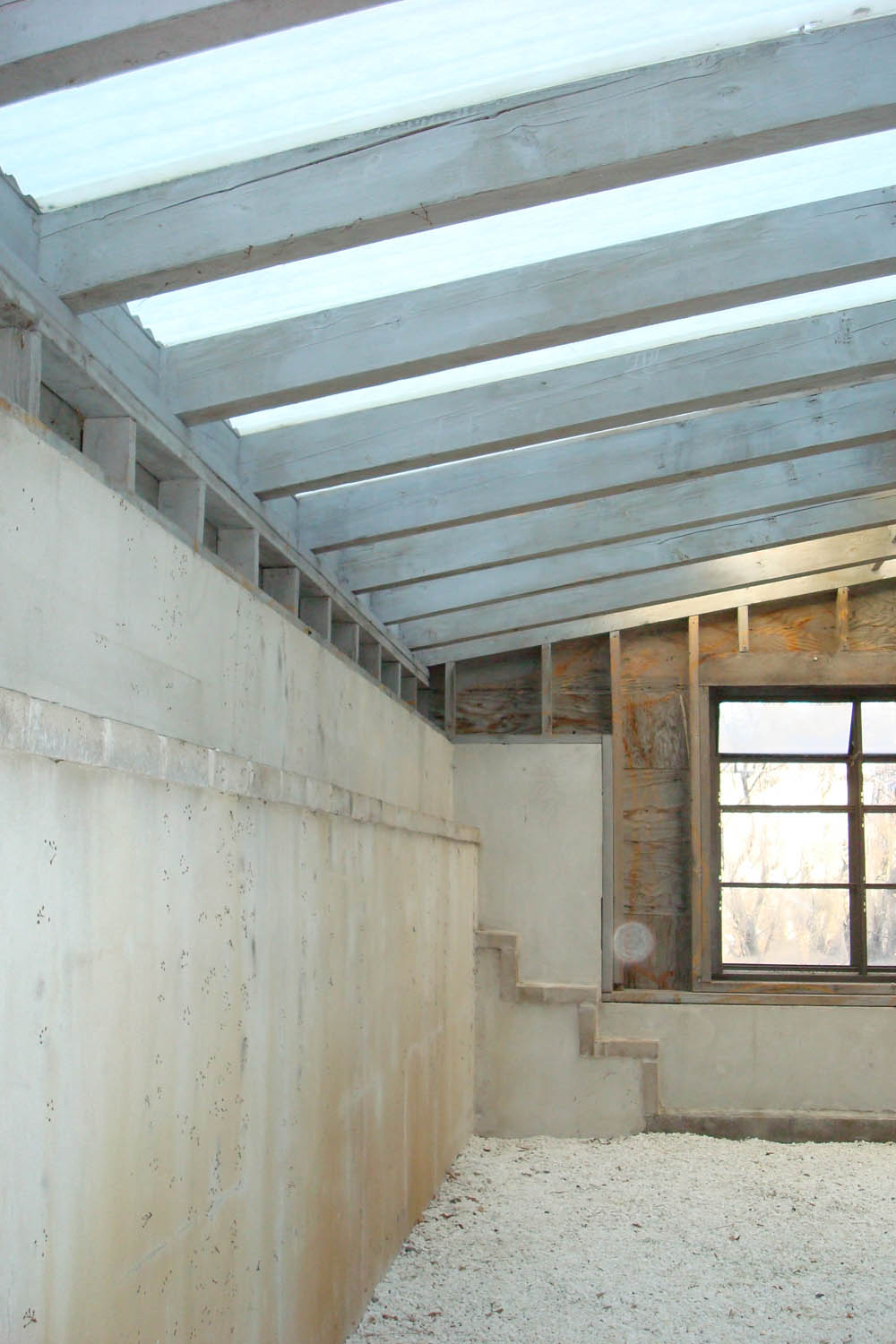 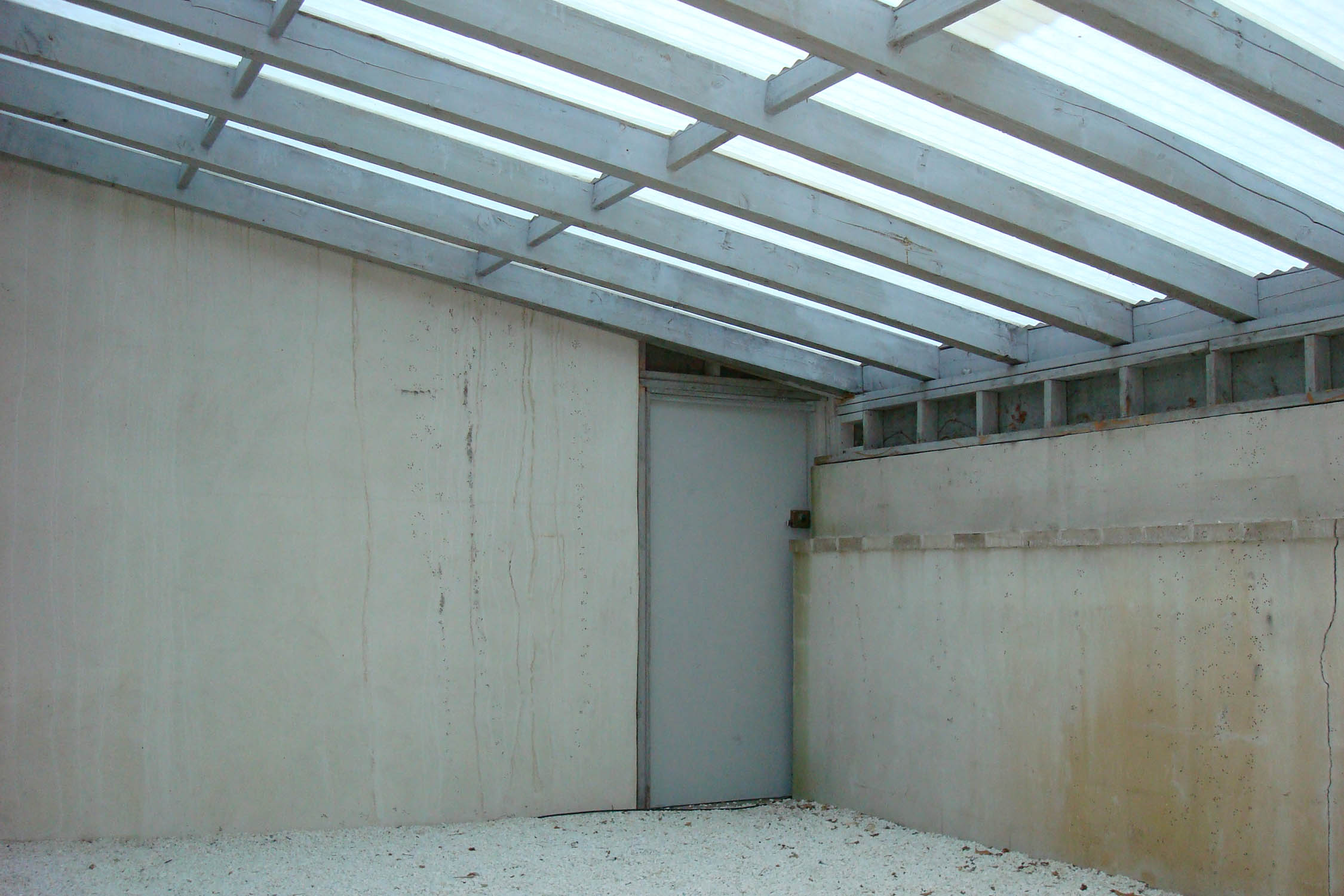 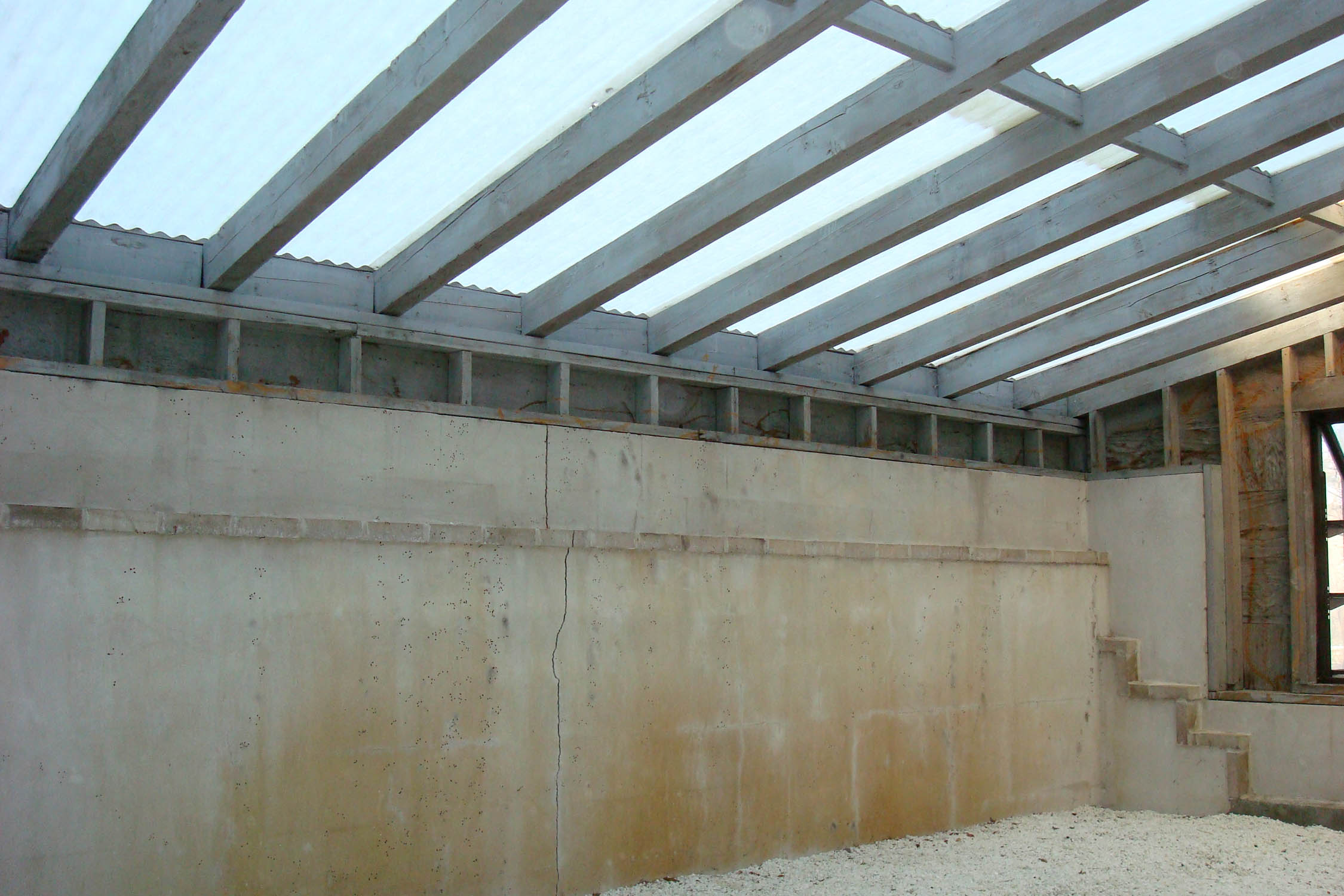 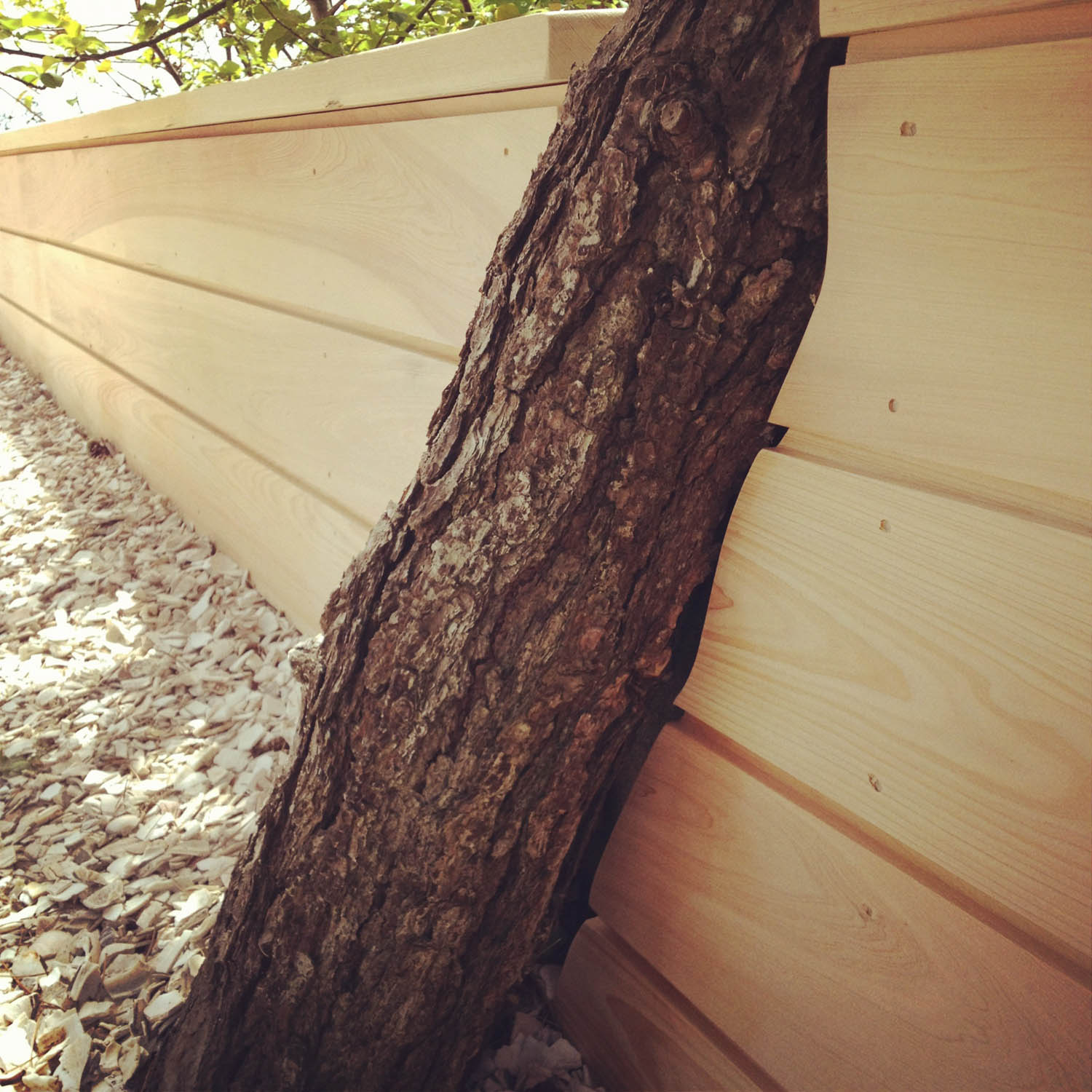 Wait till you see what we make with this...

Southern cypress is an incredible exterior wood for use in this area. Just like down south, we have high ranges of humidity and moisture, tons of sun, lots of salt water and salty air, temperature changes that can vary 20-degrees from mid-day to night. Southern cypress can take a beating like no other wood. It goes on with a reddish-orangey hue to it, and in just a few months will begin to age gracefully and turn a gorgeous silvery shade. 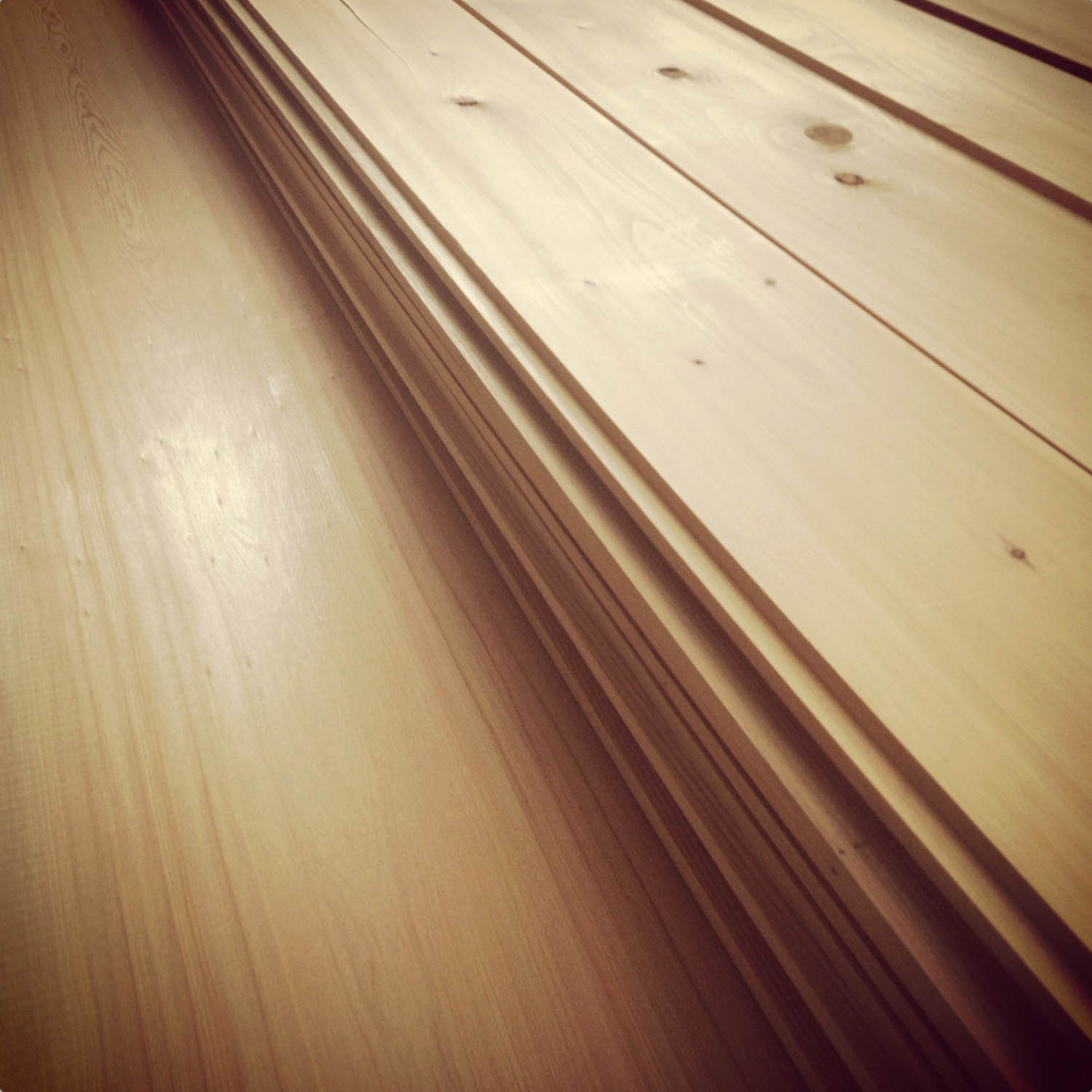